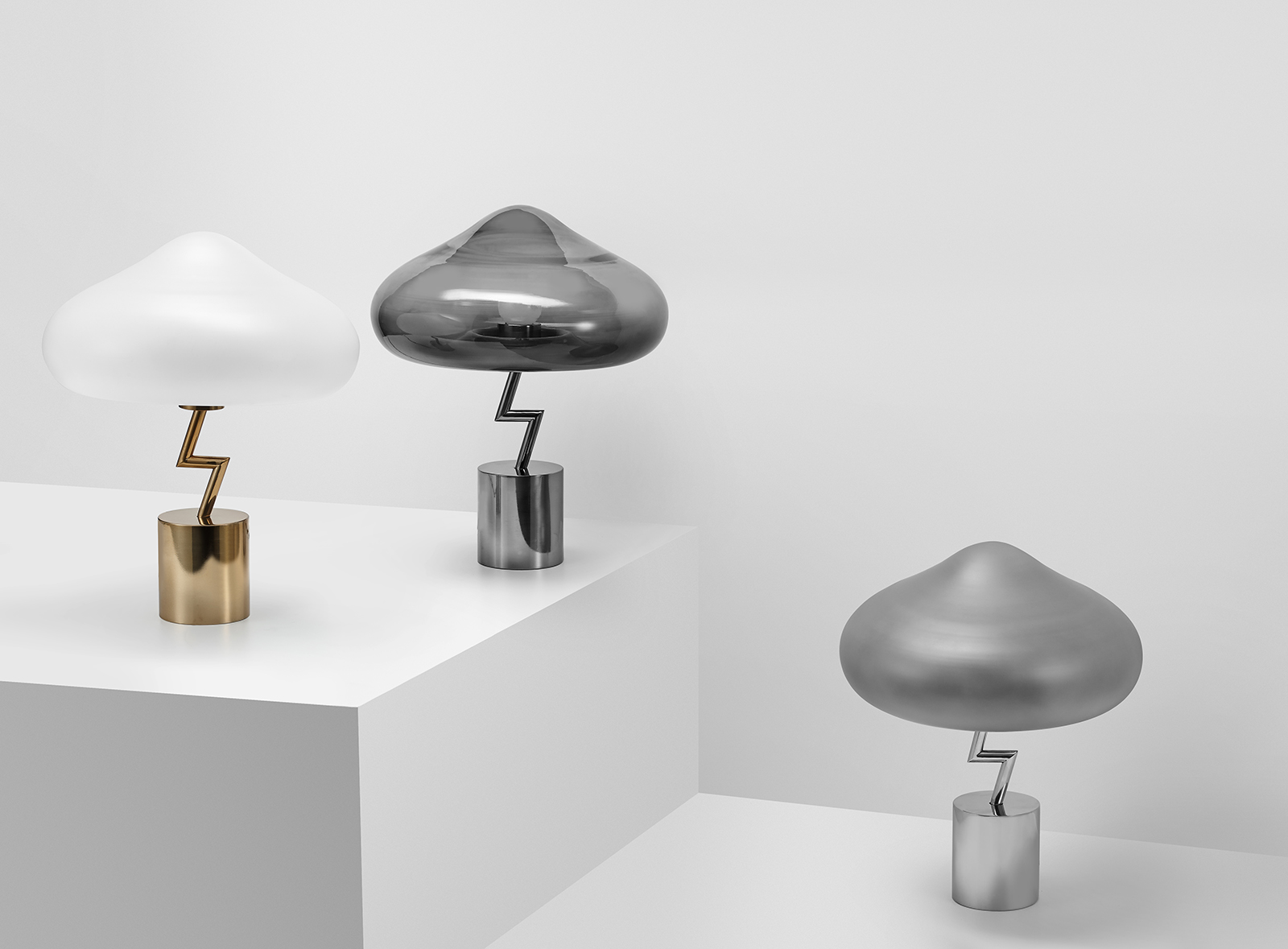 –
“Being struck by a thunder out of blue sky” is an old Korean phrase describing people confronting unexpected catastrophic events. We often strongly desire ourselves to become individuals with the capacities to endure and overcome such events. This might the reason why writers, for more than centuries, enjoyed to translate these desires in forms of literatures and theatre, where the antagonists must conquer or overcome the conflicts through dramatic plots. Likewise, the readers and audiences also fulfill their superego of becoming one of them. Lightning lamp is the item expressing these desires: we want to become individuals watching the scene above the clouds, not helpless victims under the cloud struck by the lightning. In other words, lightning lamp encompasses the message of overcoming challenges during lifetime by changing the outlook.

Lightning Lamp, delicately processed with stainless steel, draws the moment when the thunder strikes the ground. The neck of the lamp, or lightning, upholds the cloud structure made with glass that is enlarged by blowing technique. Lightning Lamp comes with four different colors drawing the skies in different times: daytime, early morning, midnight, and sunset. Lastly, but not least, gradient processing on the glasses masterfully amplifies the richness in colors we observe from the sky.

Lightning lamp was initially released to the public in London Design Fair 2017. 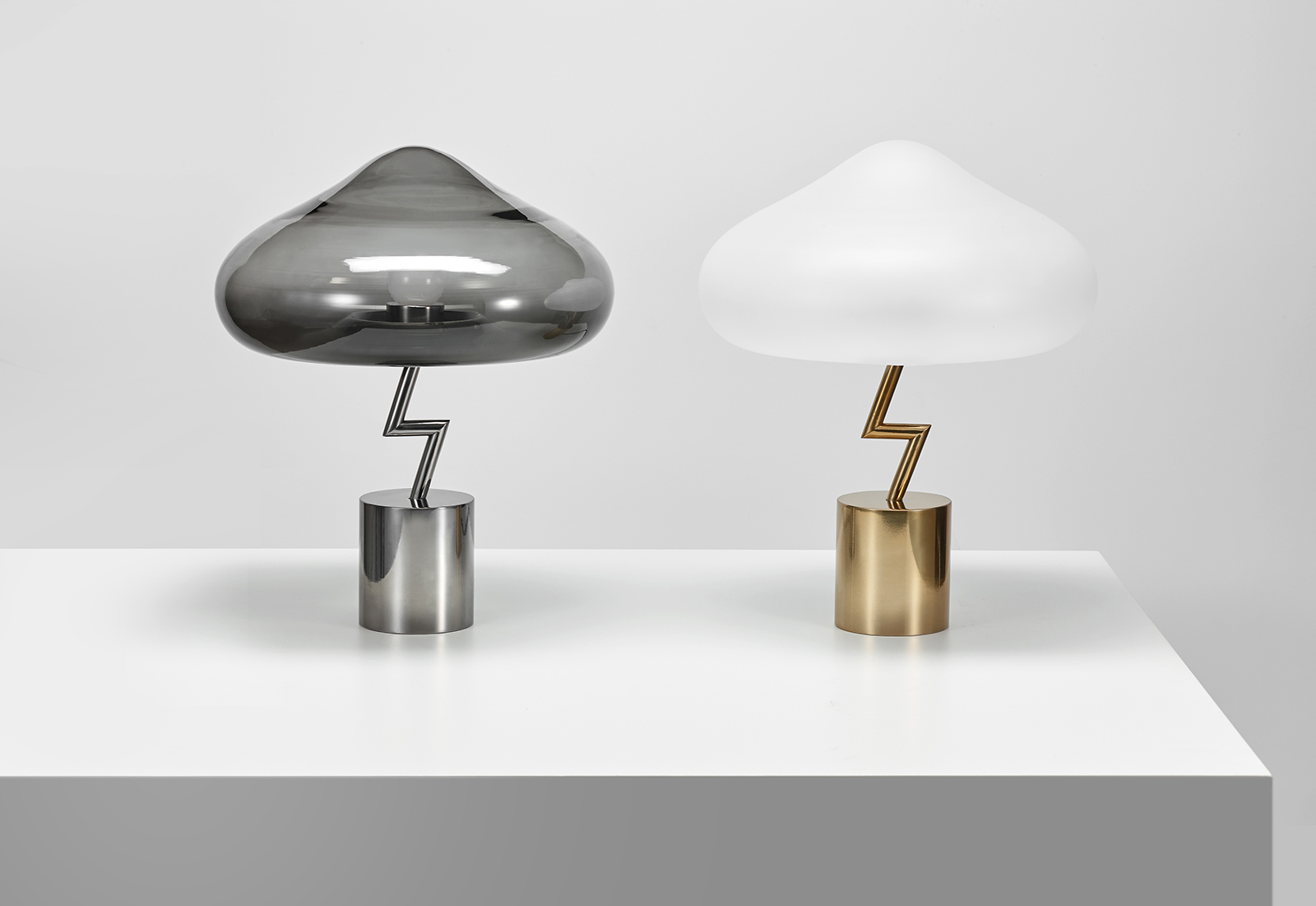 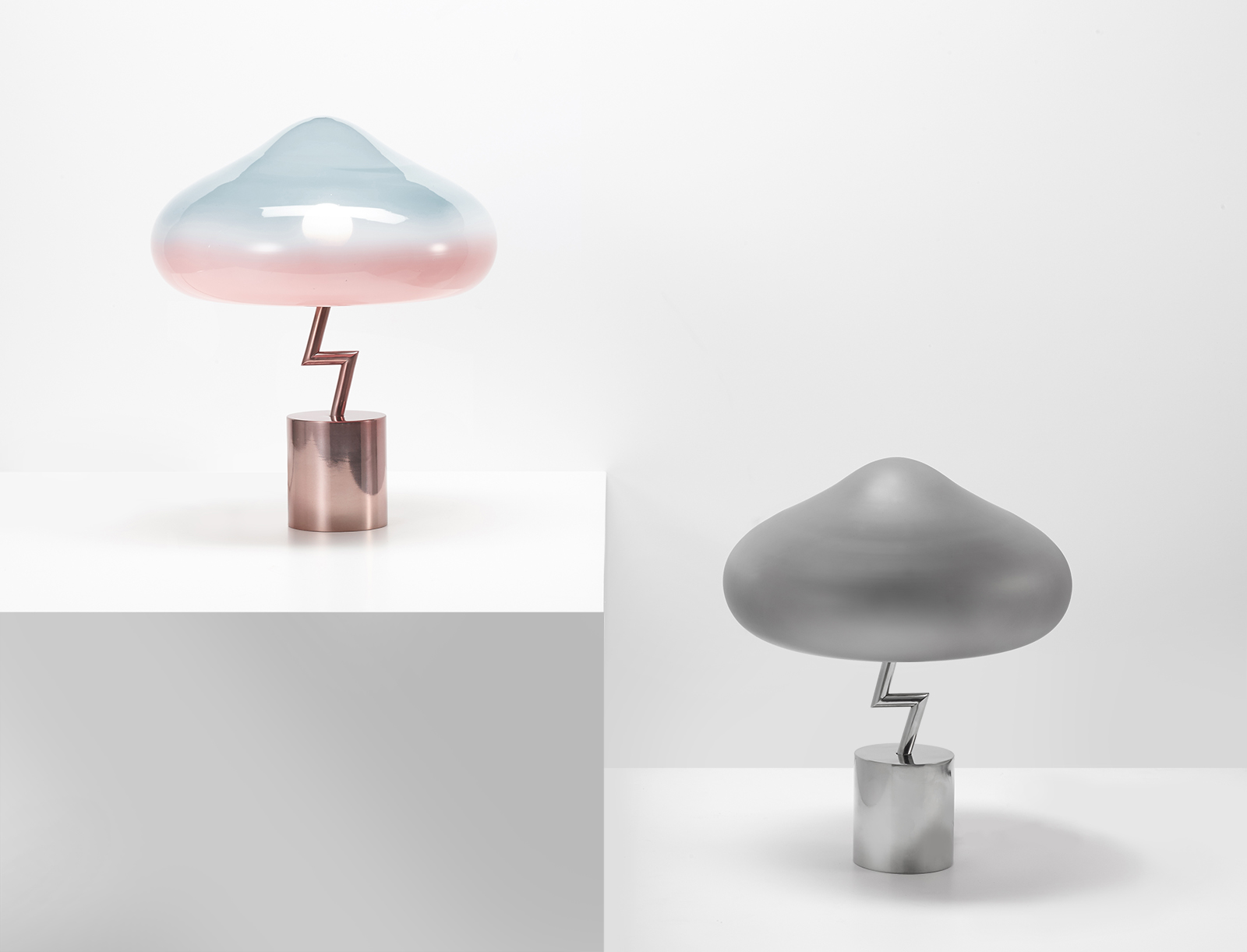 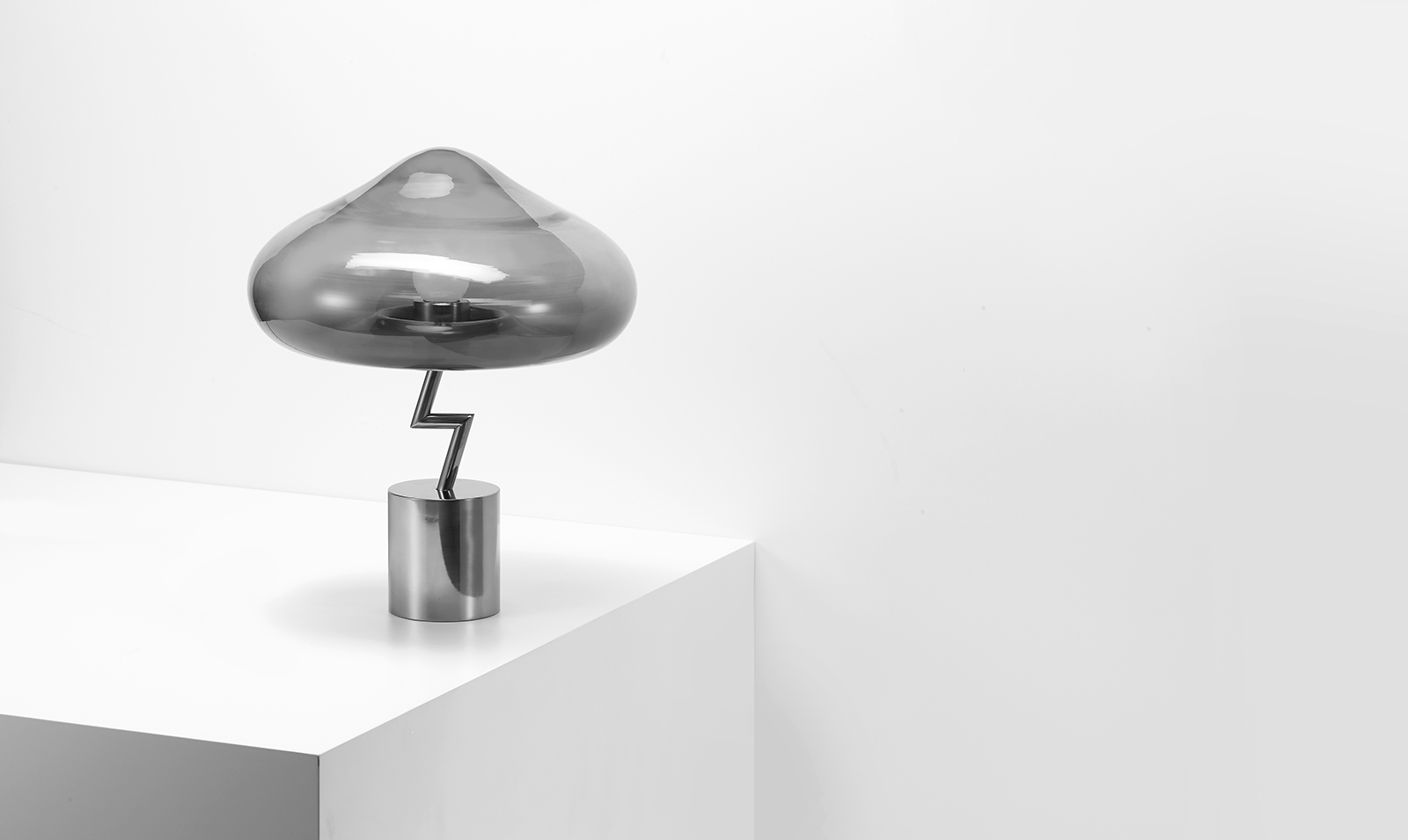 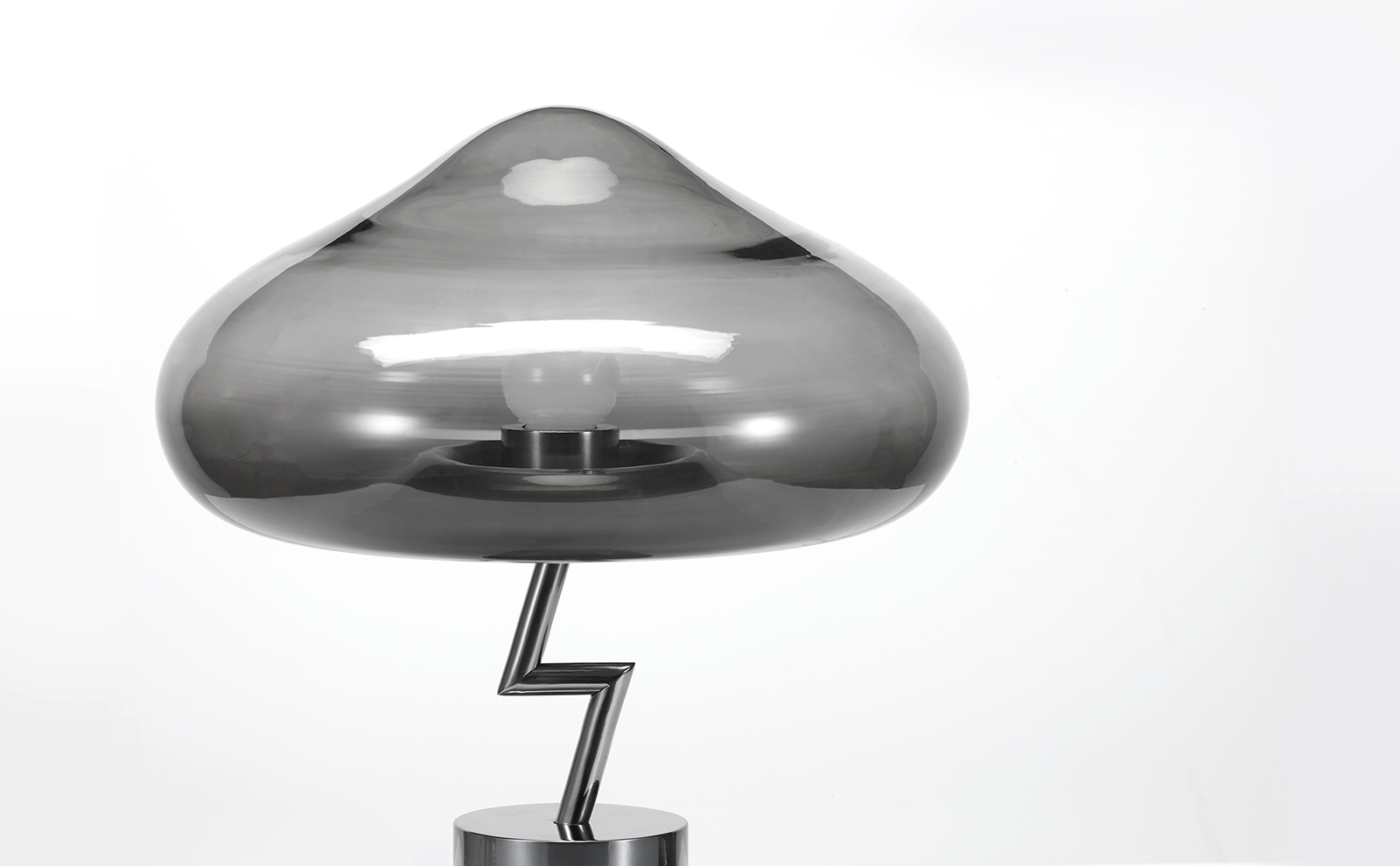 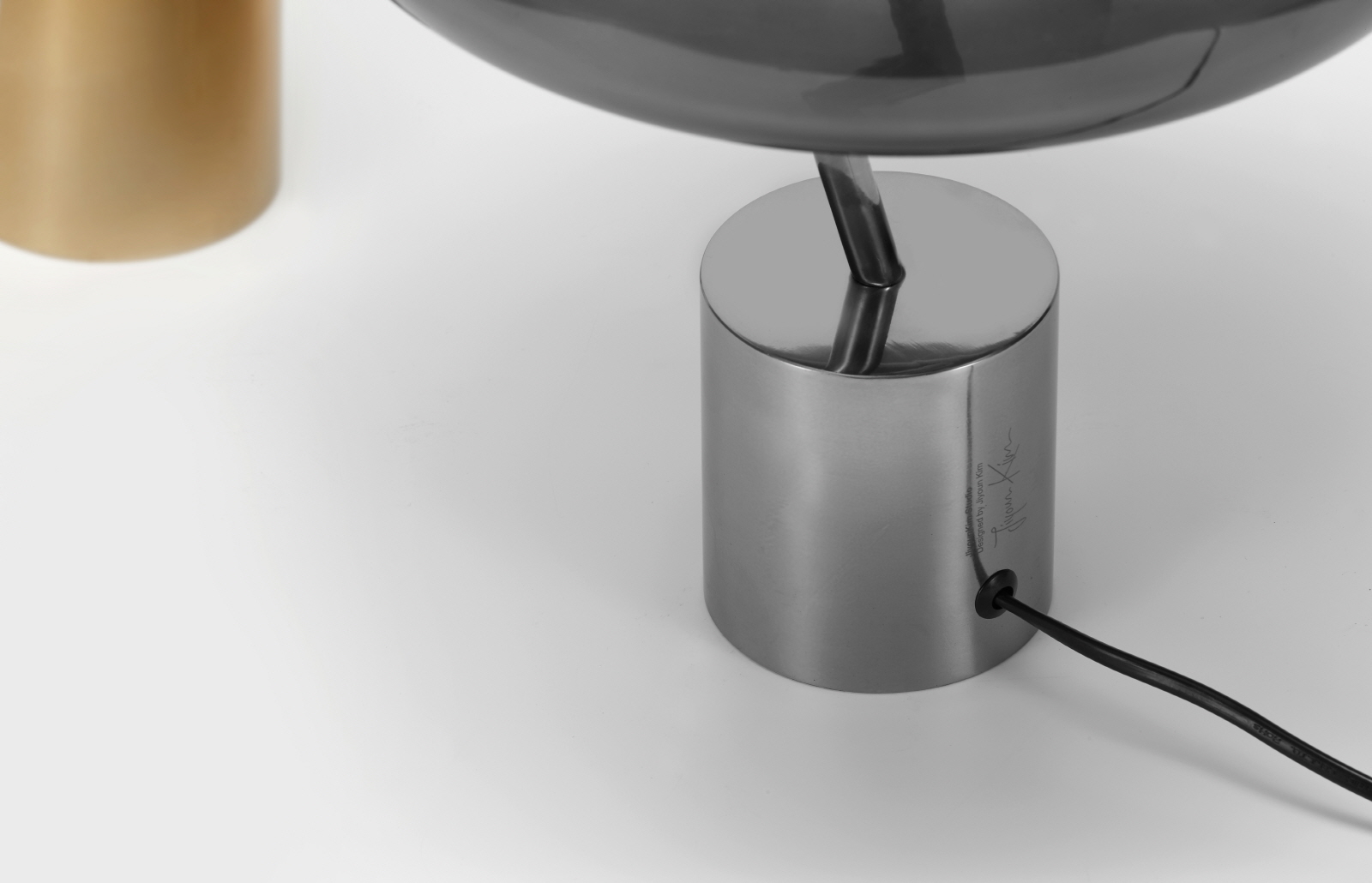 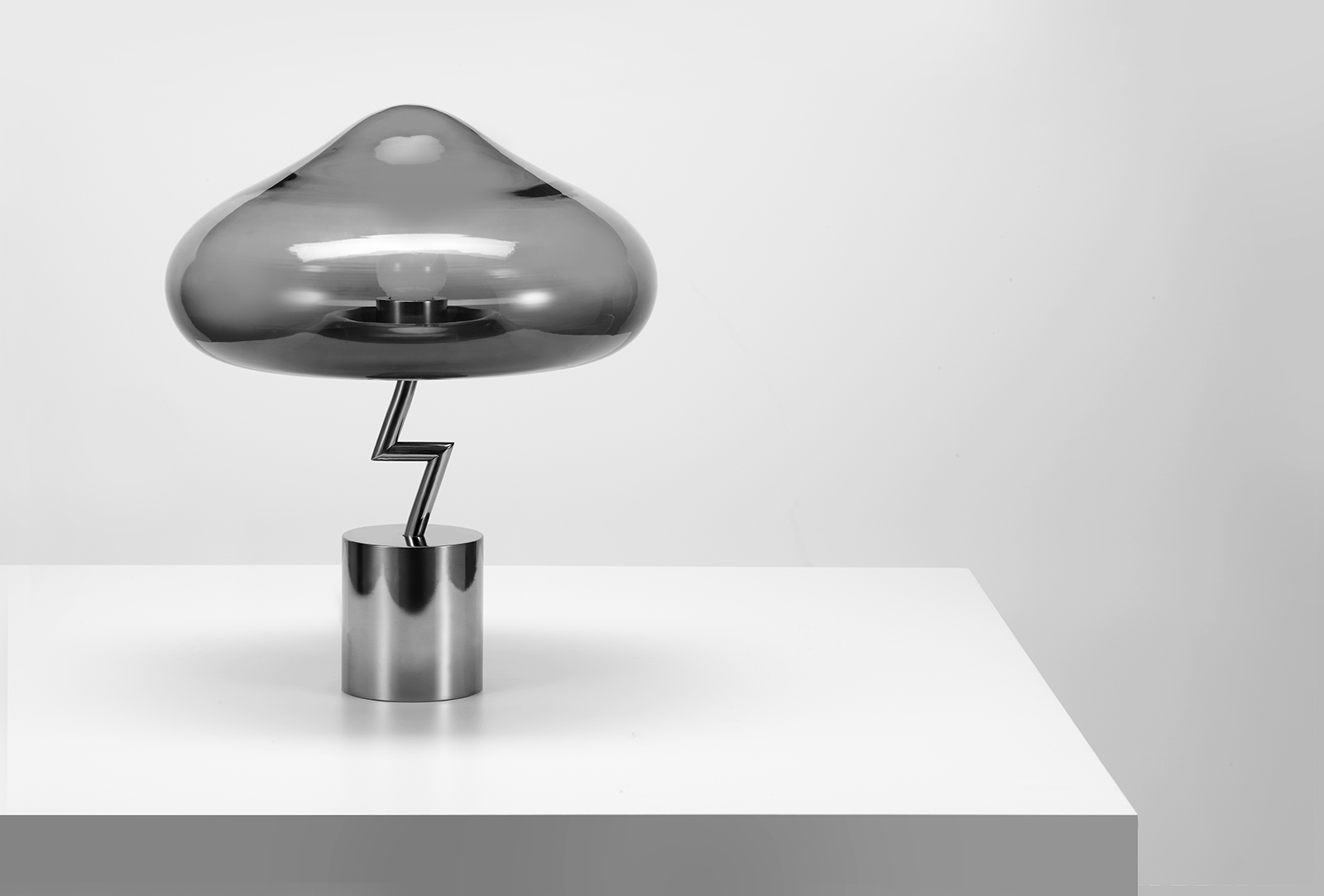 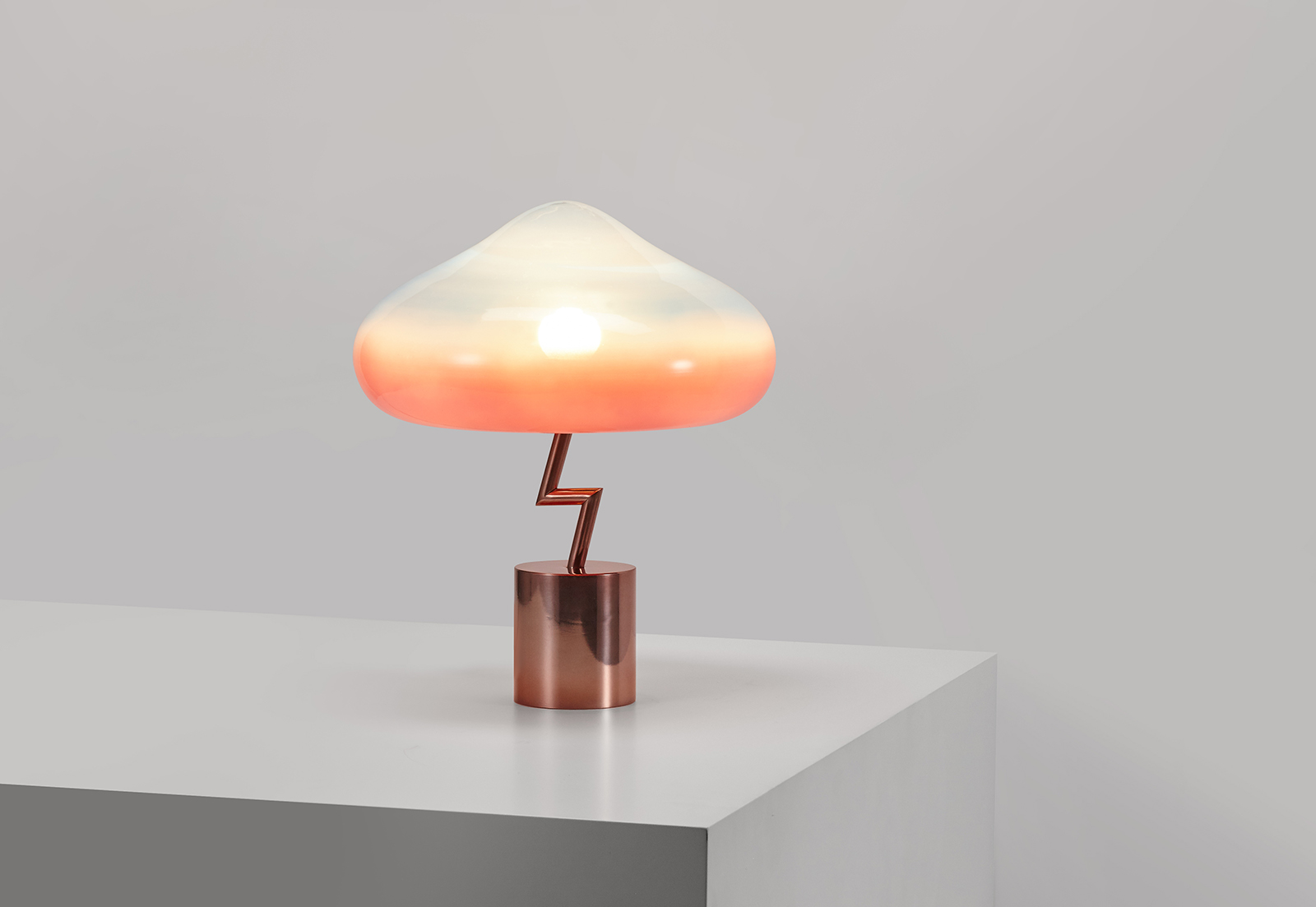 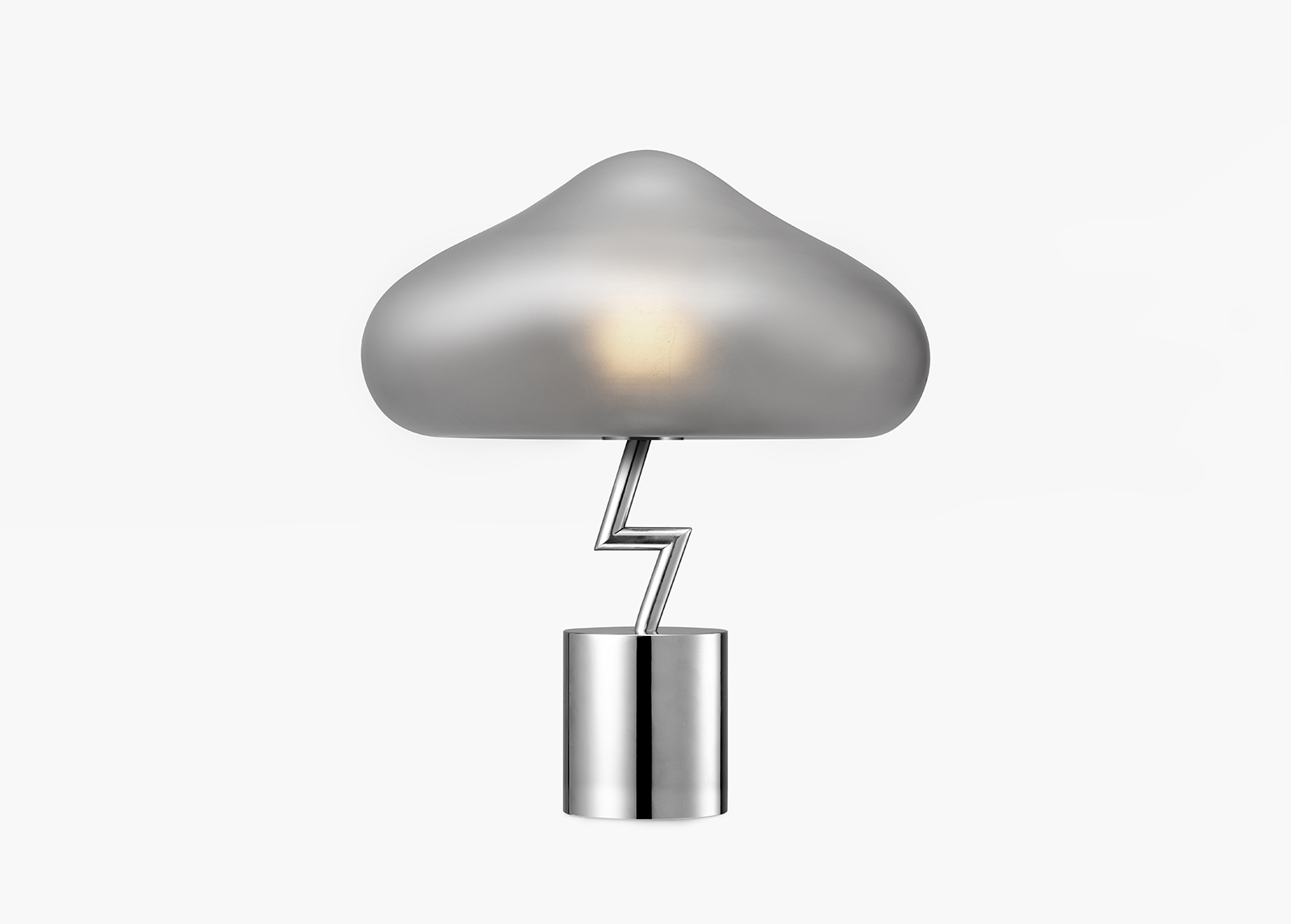 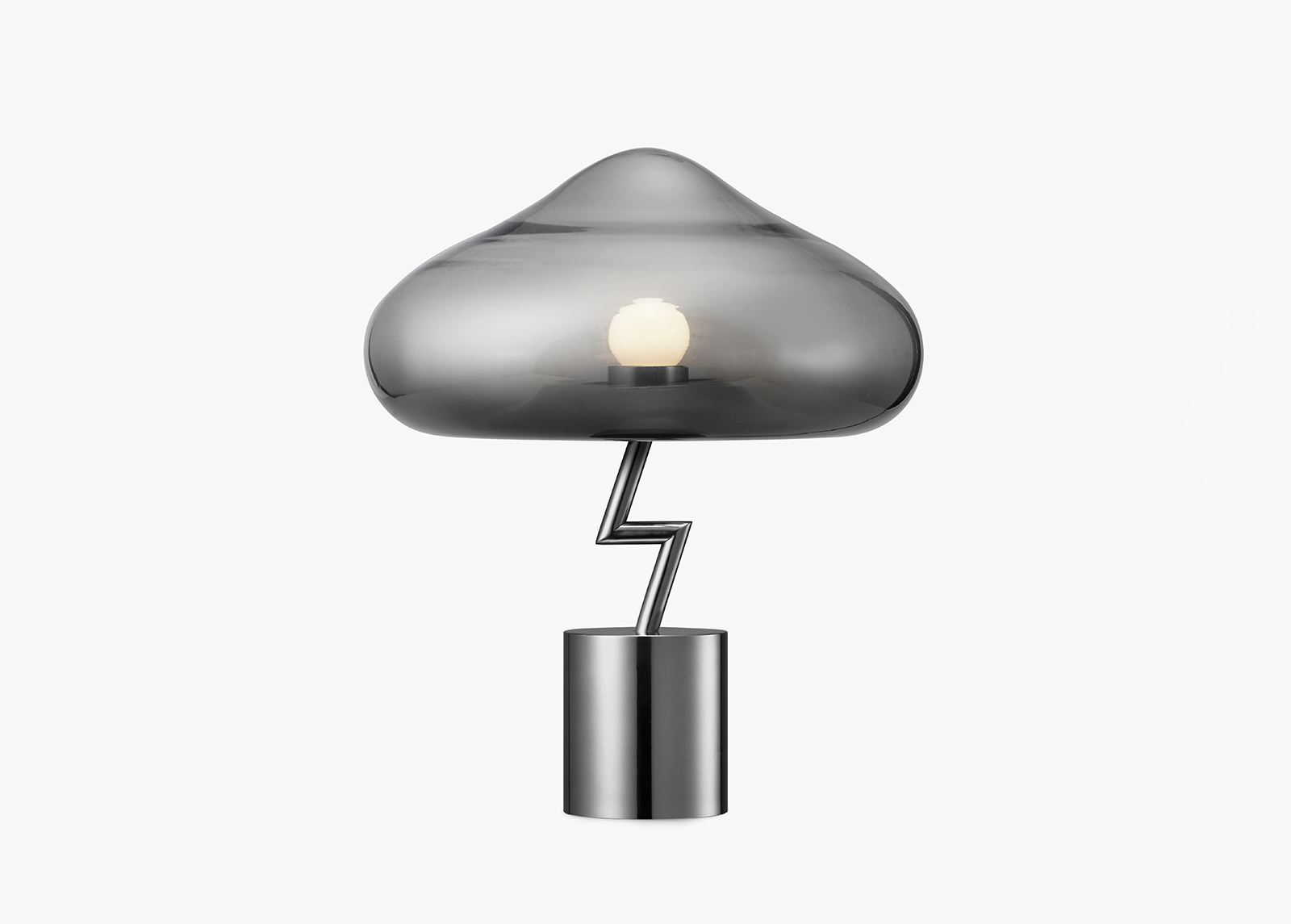 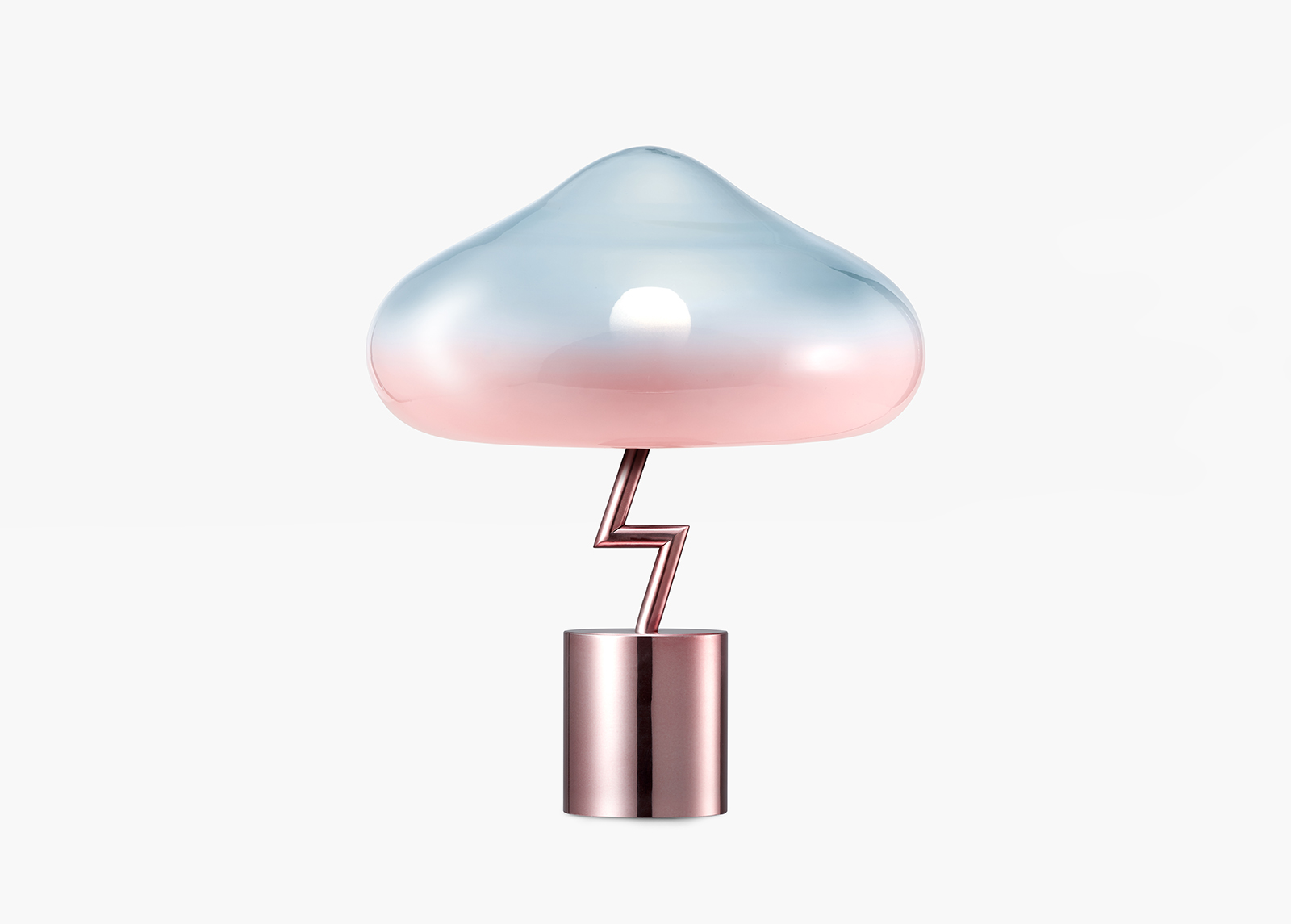 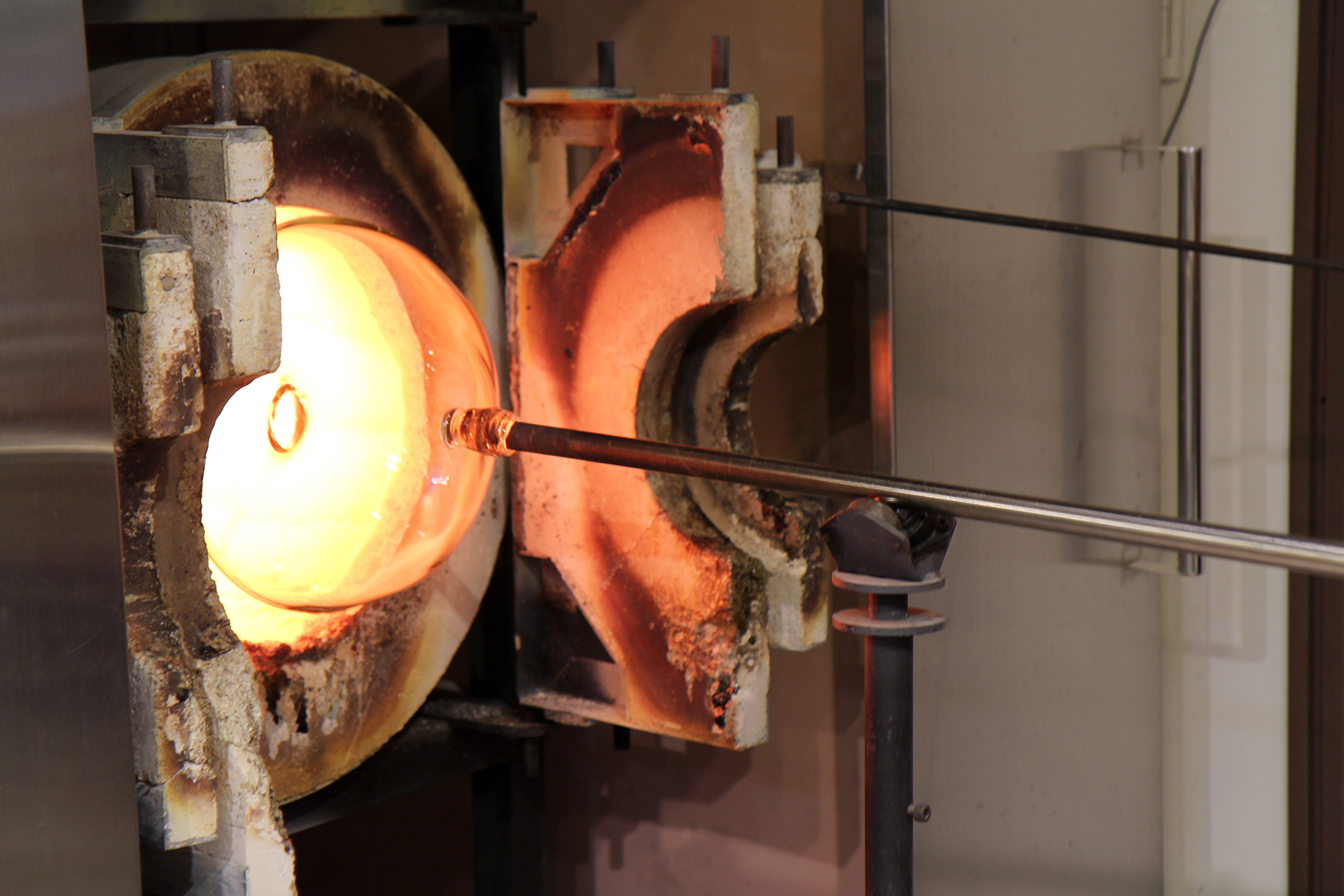 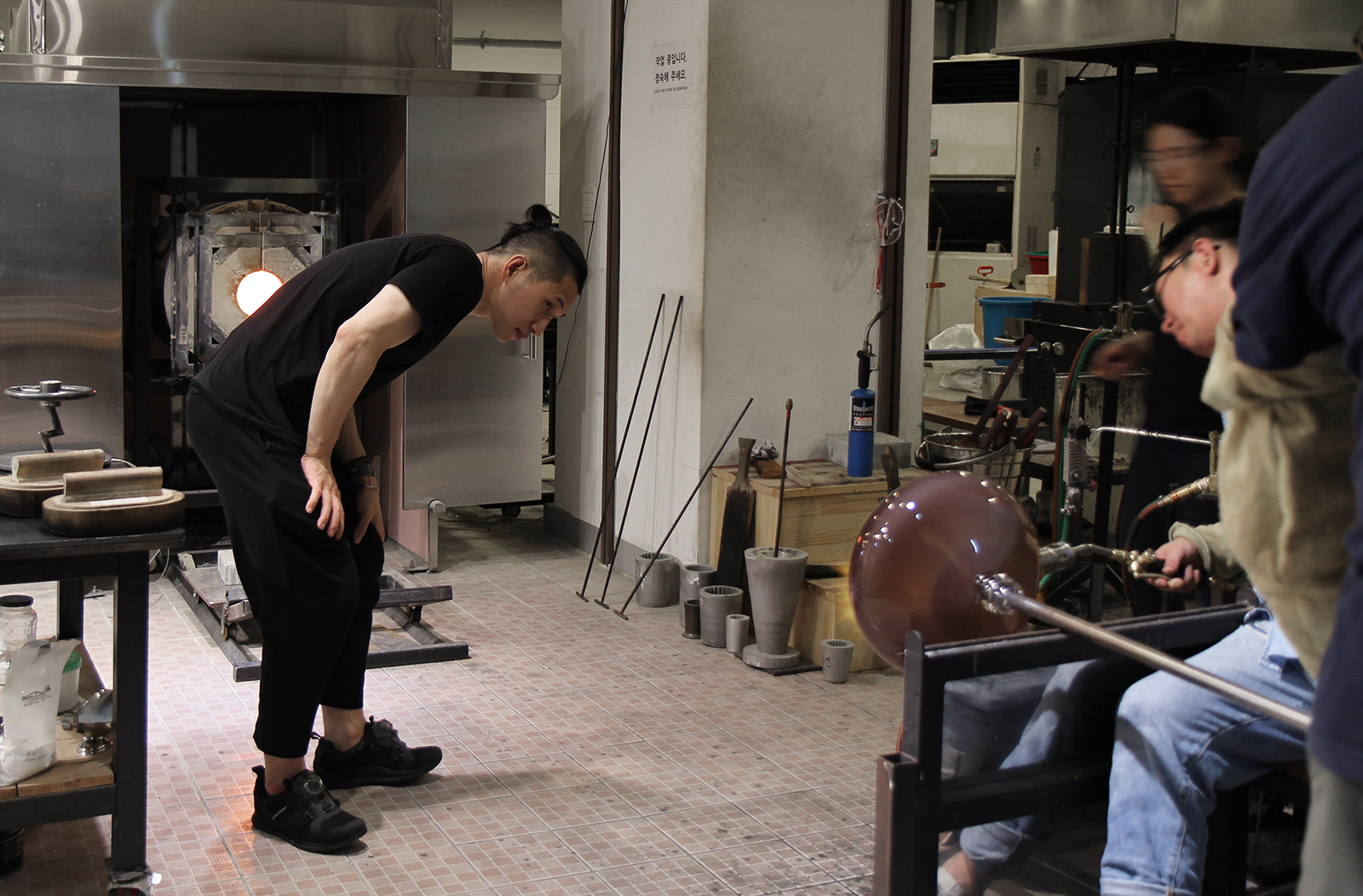 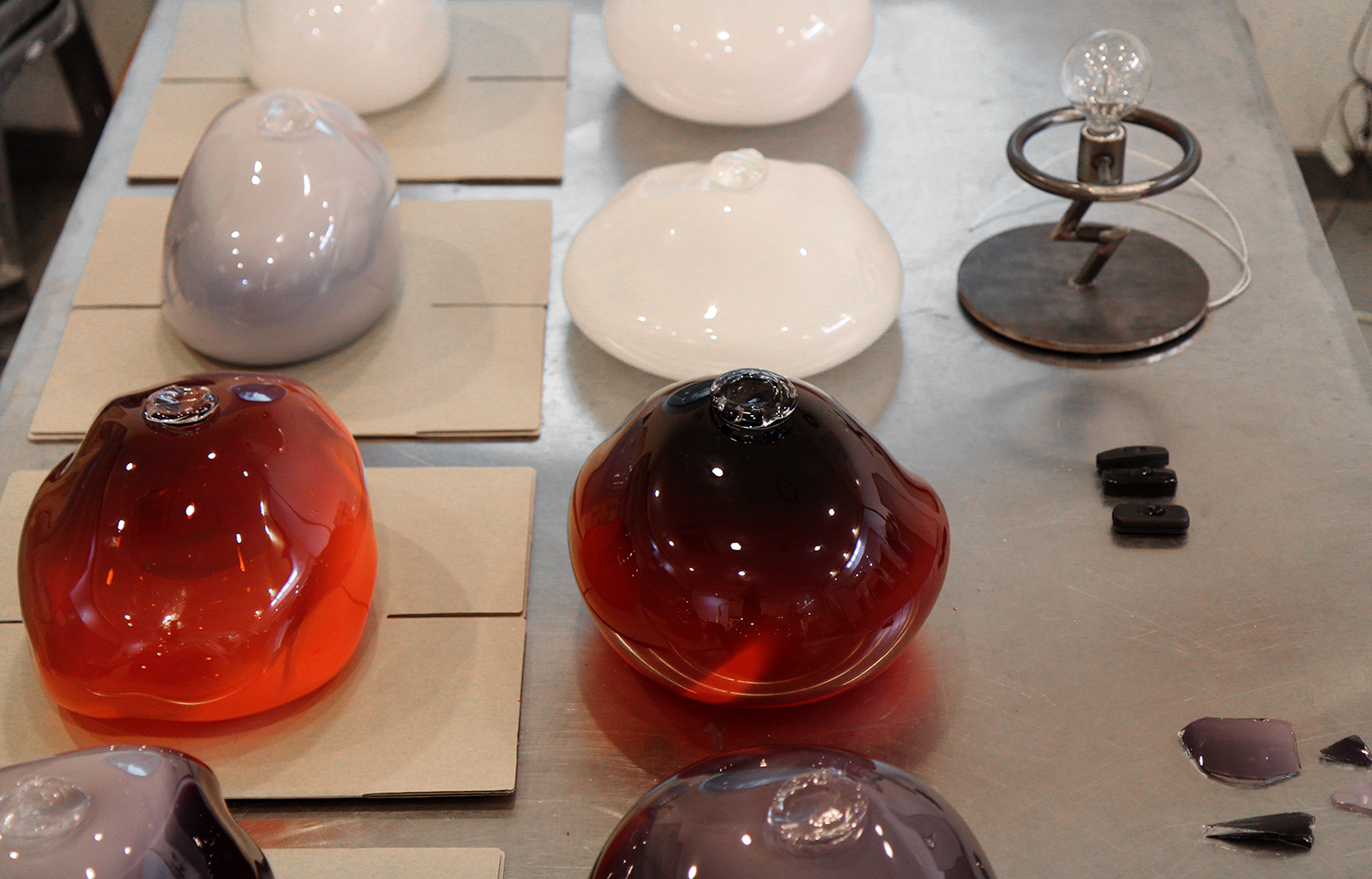 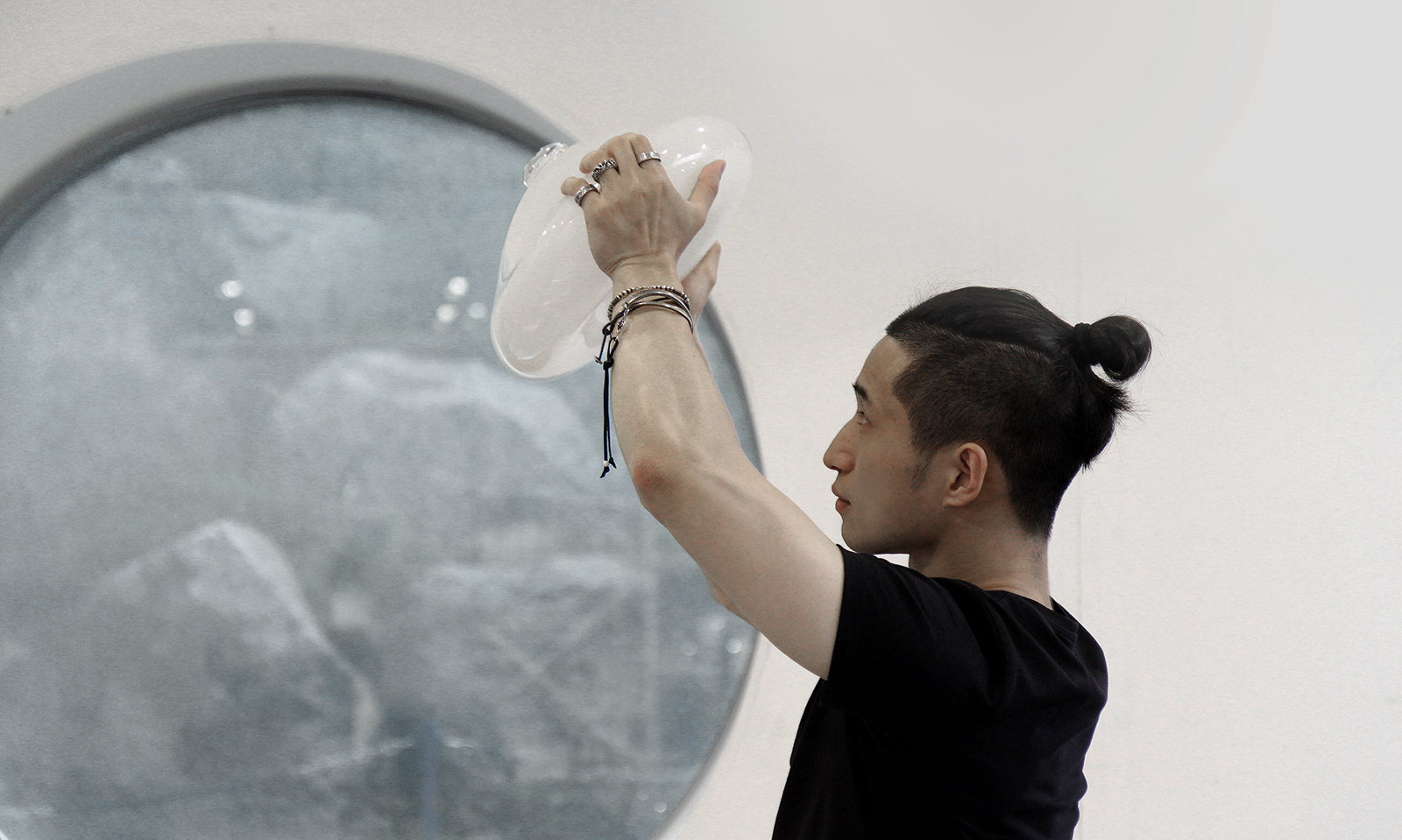 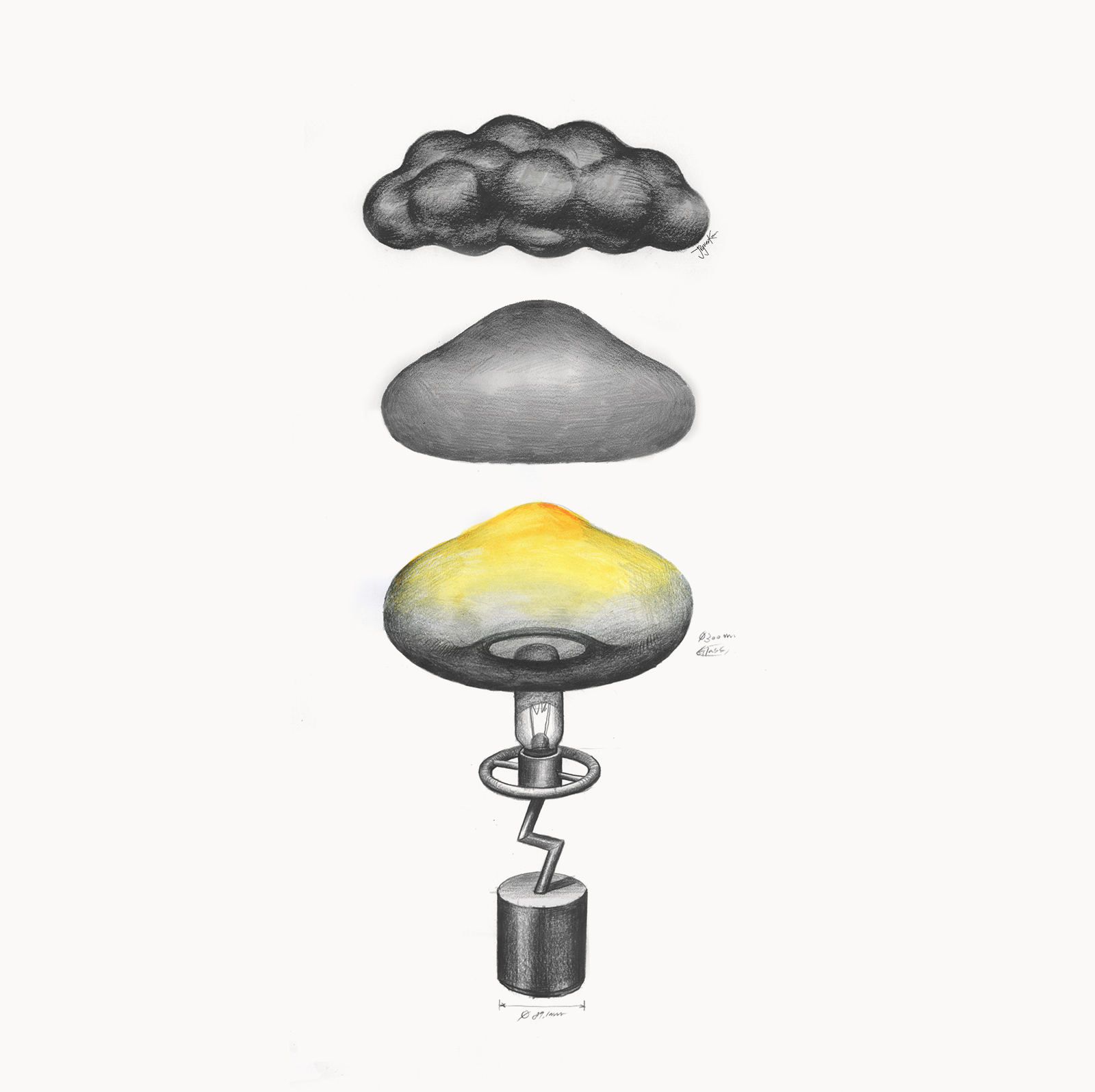 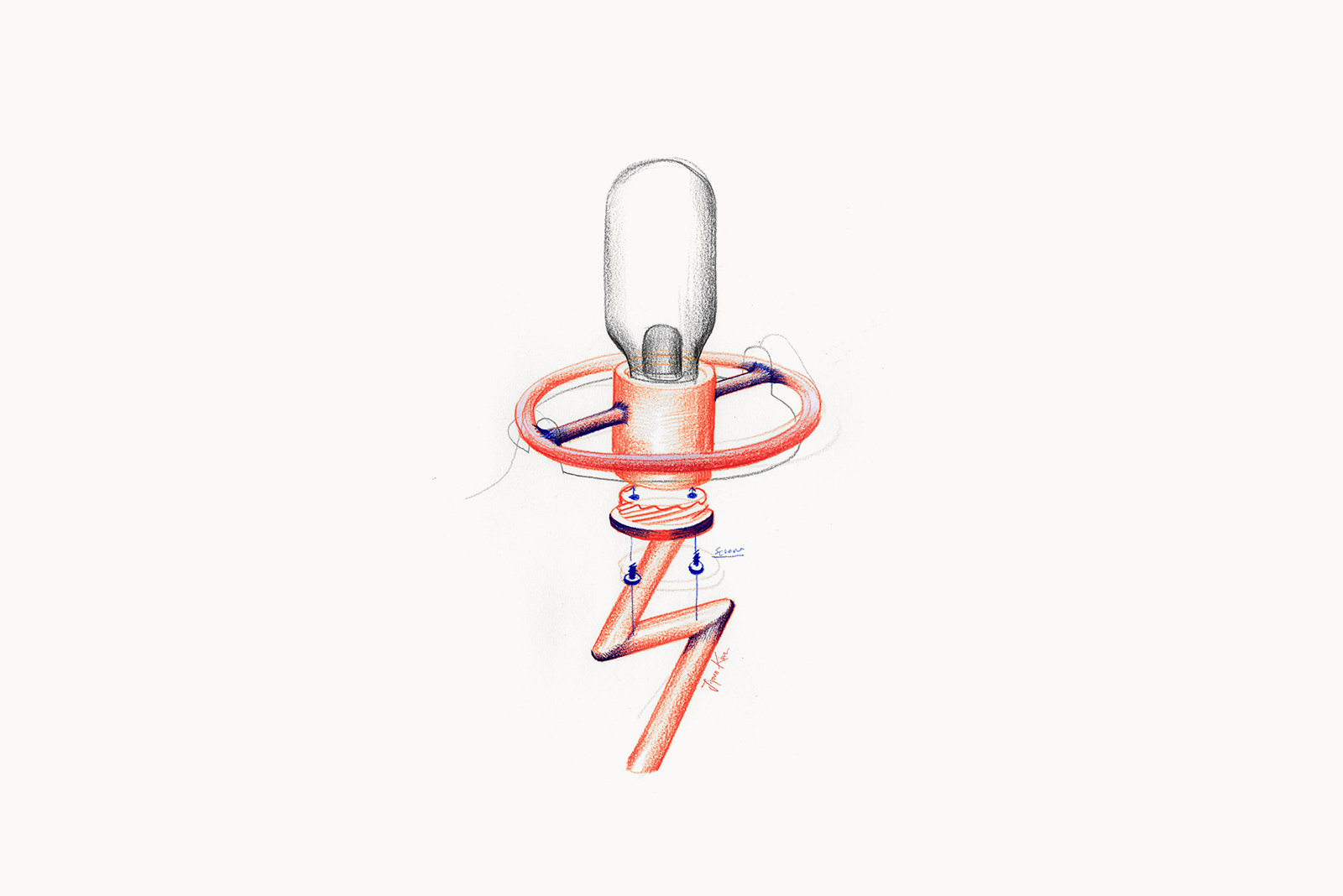