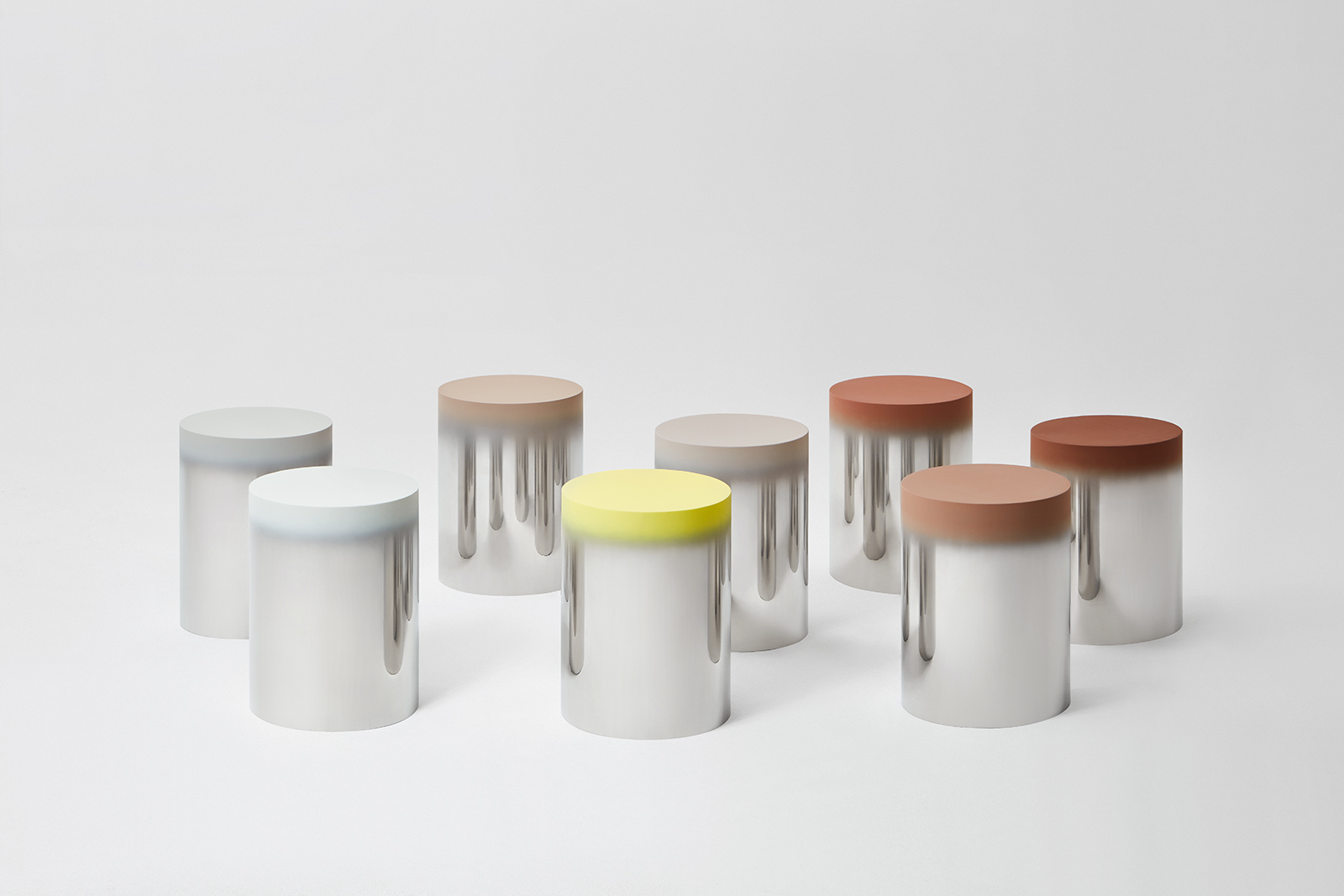 Hangang Art Park, initially launched by the government body of Seoul, is an ambitious project intended to introduce artistic aspects into the ordinary parks nearby Han river. Four creators, each working in different areas, were carefully selected by the city of Seoul. Jiyoun Kim and three other artists started to work on the project that will be installed in the parks. The common topic of the project was ‘Suim’, which simply translated to “resting” in English.

Dokkaerbi, just like trolls in European tales, is an imaginary monster frequently mentioned in old Korean folk stories. Trolls and Dokkaerbi – both with ugly and unattractive faces – have a clear distinction: Dokkaebi is not a monster simply finding his victims to murder, but a joyful spirit that rewards people doing good deeds and punish the opposites. Thus, Dokkaebi has some features of the supreme being.

Jiyoun Kim’s Dokkaebi Stool will be installed in the forest of pine trees, where many Korean fork tales also take place. Dokkaebi Stool are cylindrical stainless steel, which is delicately mirror polished. Eight different gradient colors, representing the colors of pine tree forest in different seasons, were painted on the upper part of each cylinder. By availing the mirror effect of the inferior side of the cylinder reflecting the surrounding area, I created the perceptual illusions that the colored superior sides seem to be floating in the middle of the air. Just like Dokkaebi easily manipulating his appearances, 24 Dokkaebi Stools naturally immerse into the surrounding areas; they will also transform according to the colors of the grass, tree, and sky that will eventually change as the year passes. 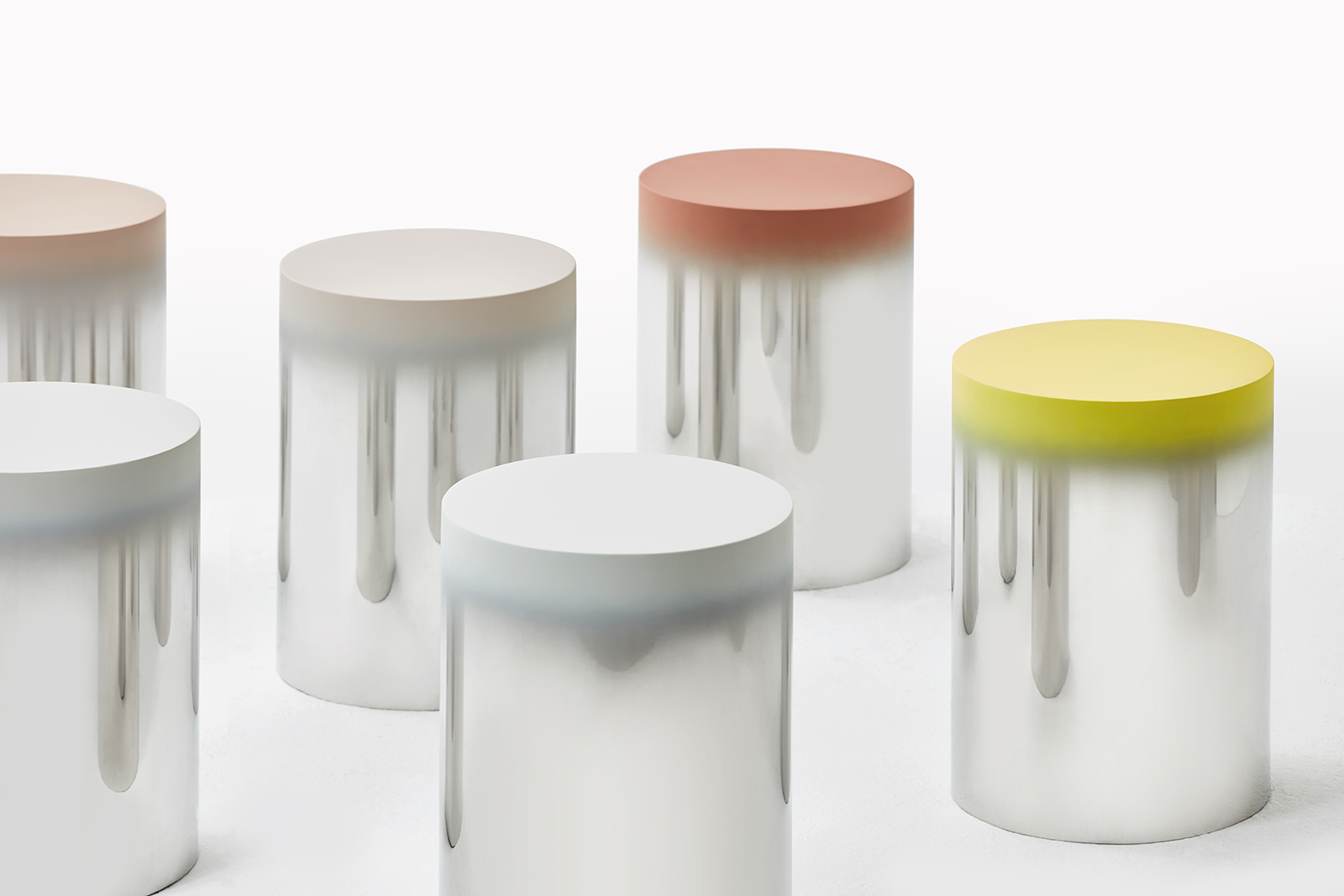 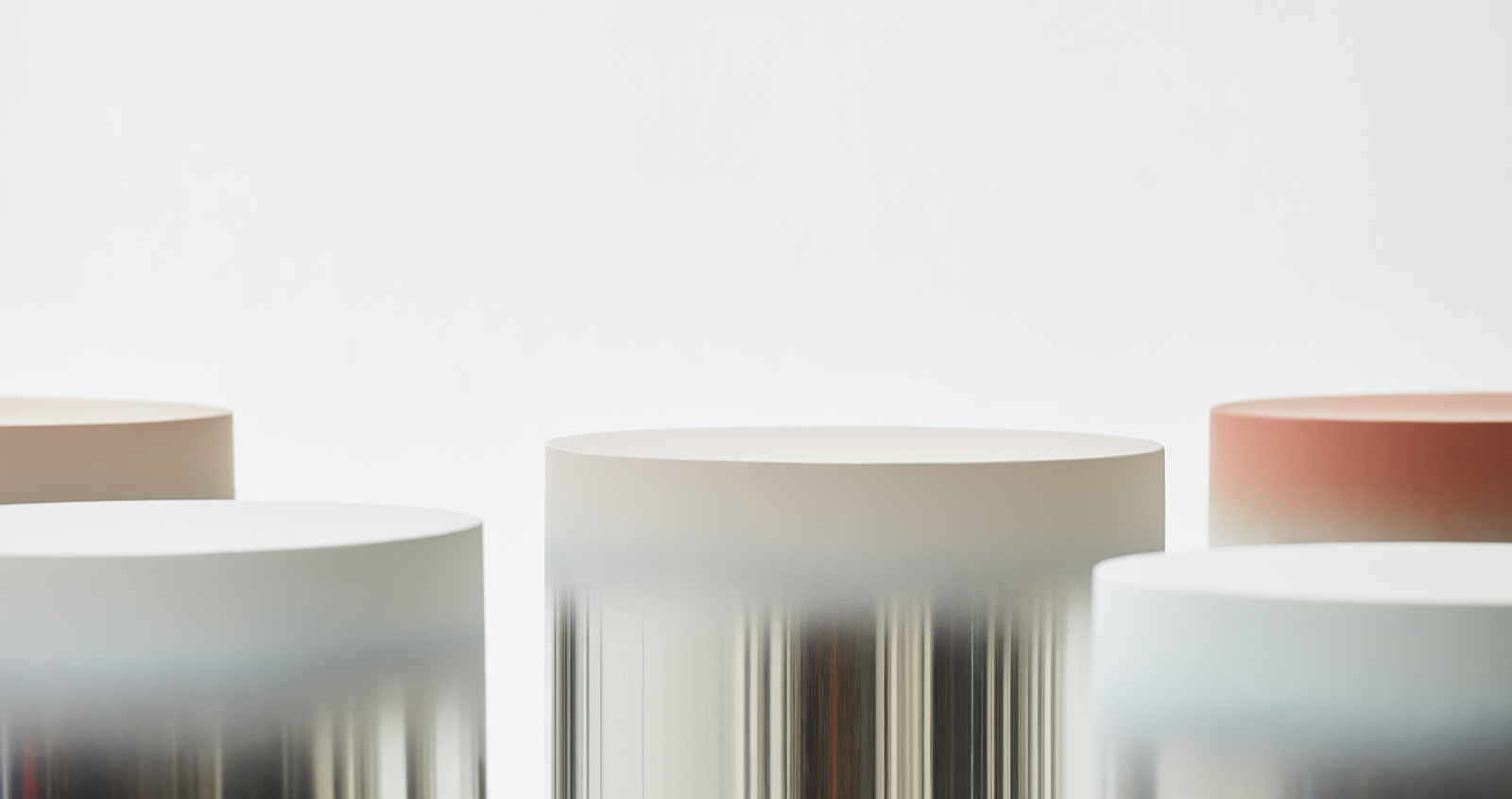 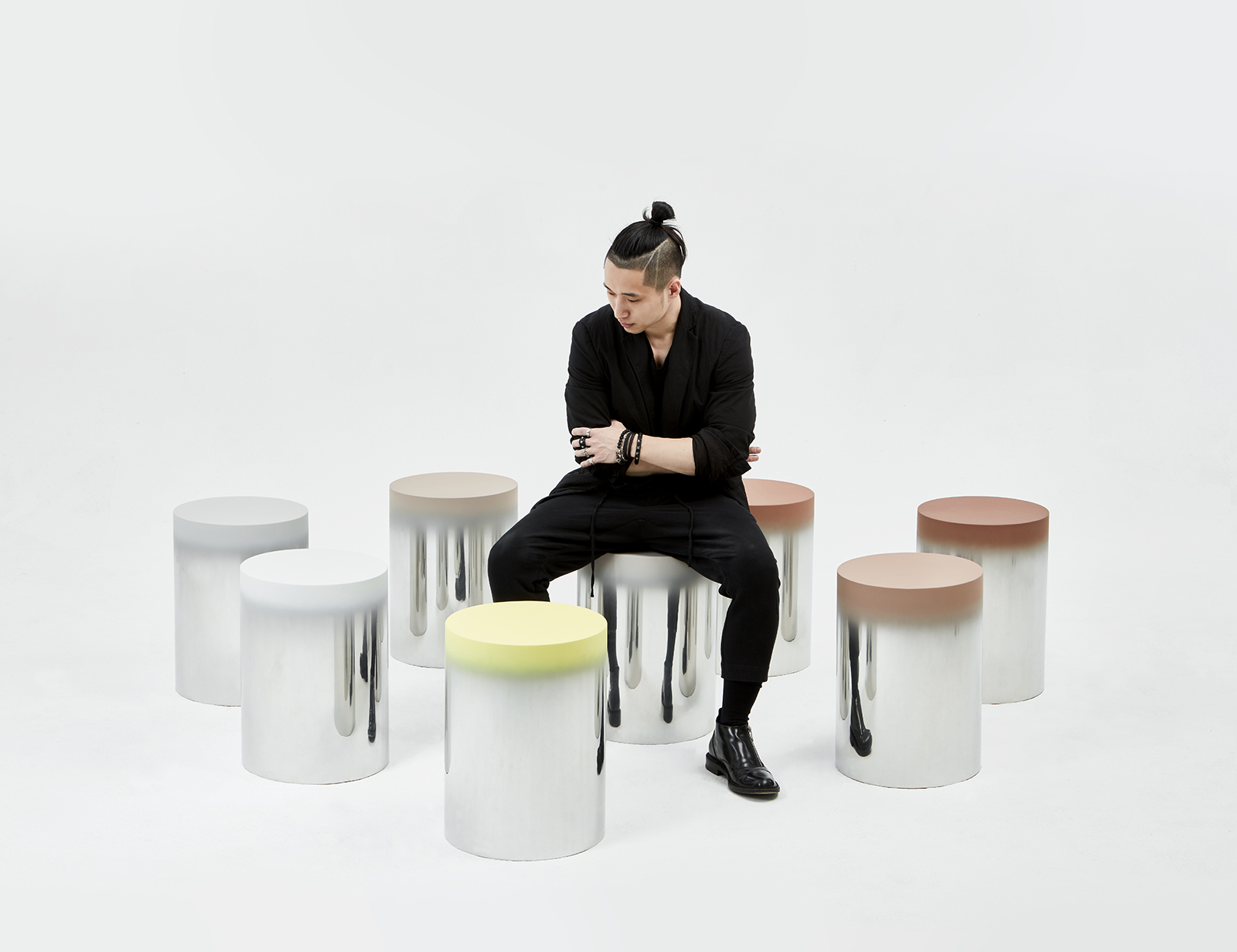 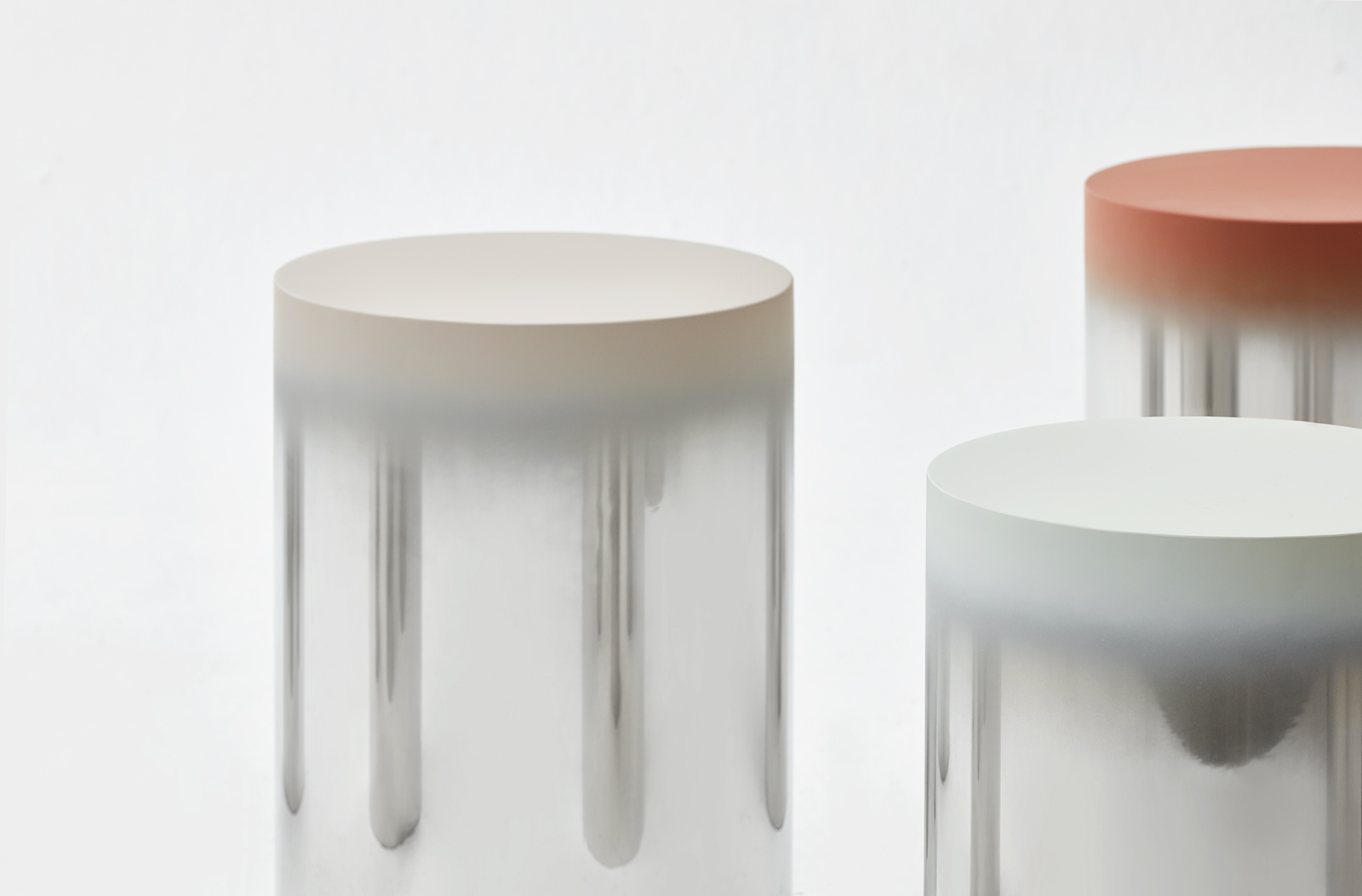 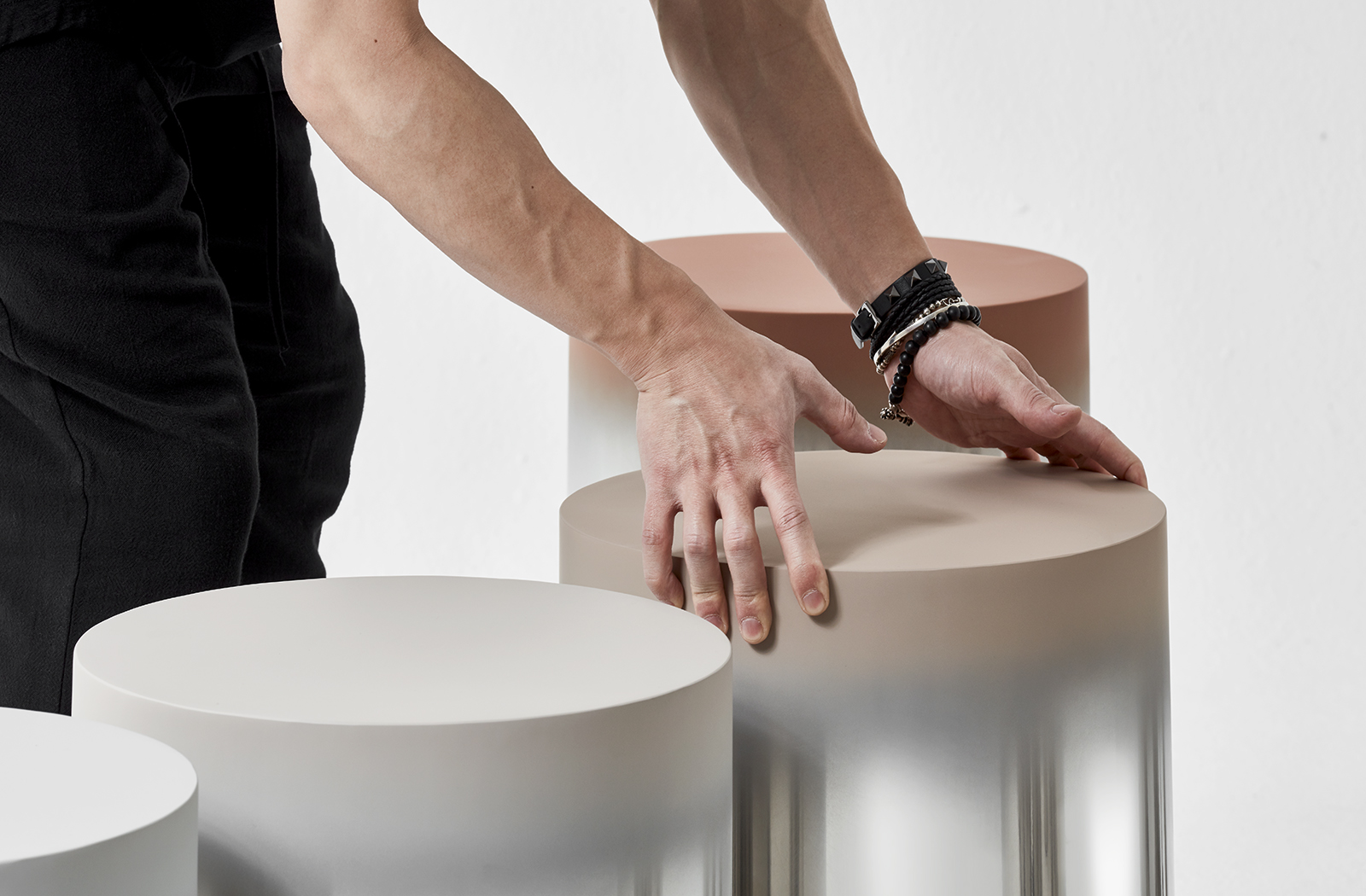 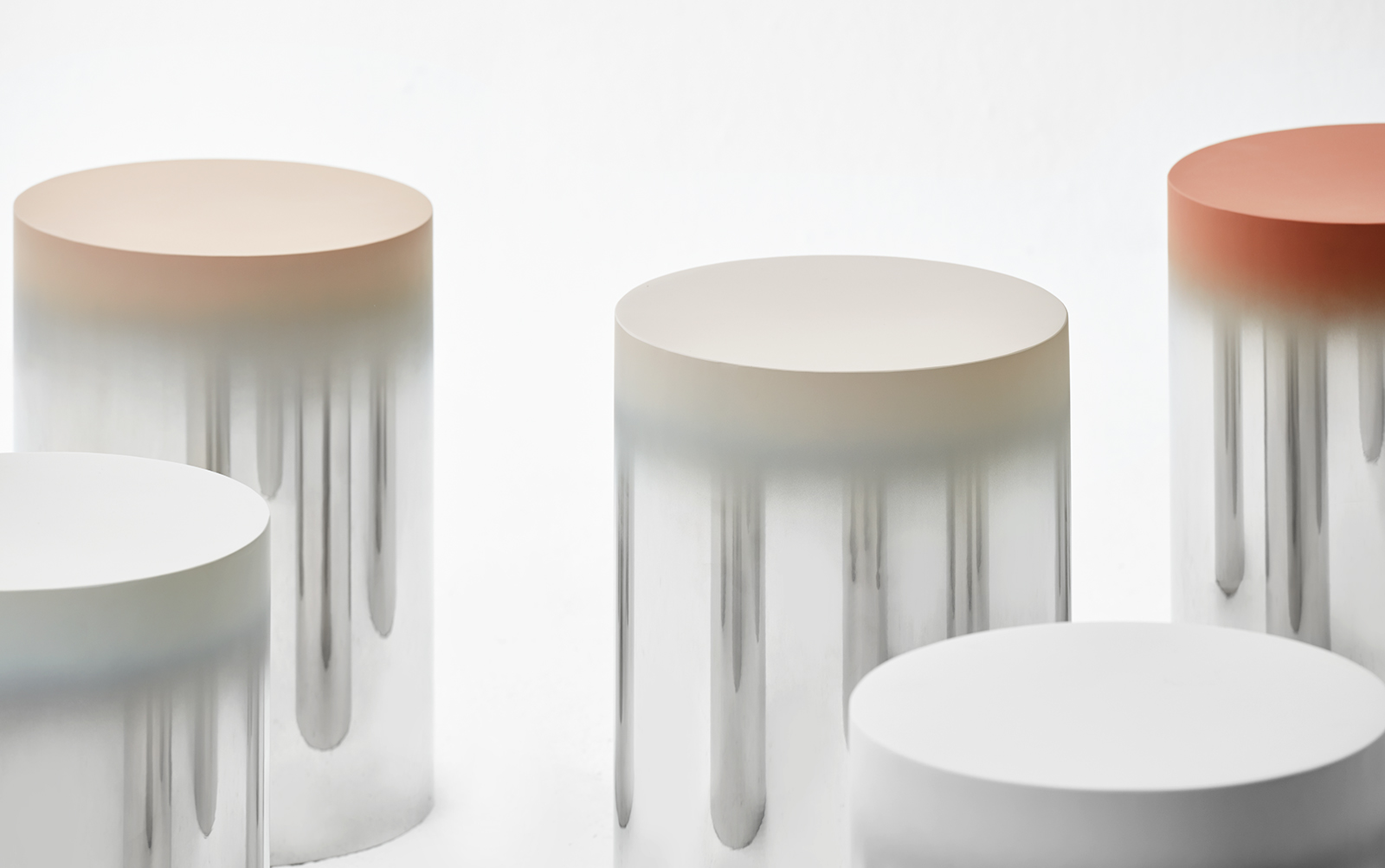 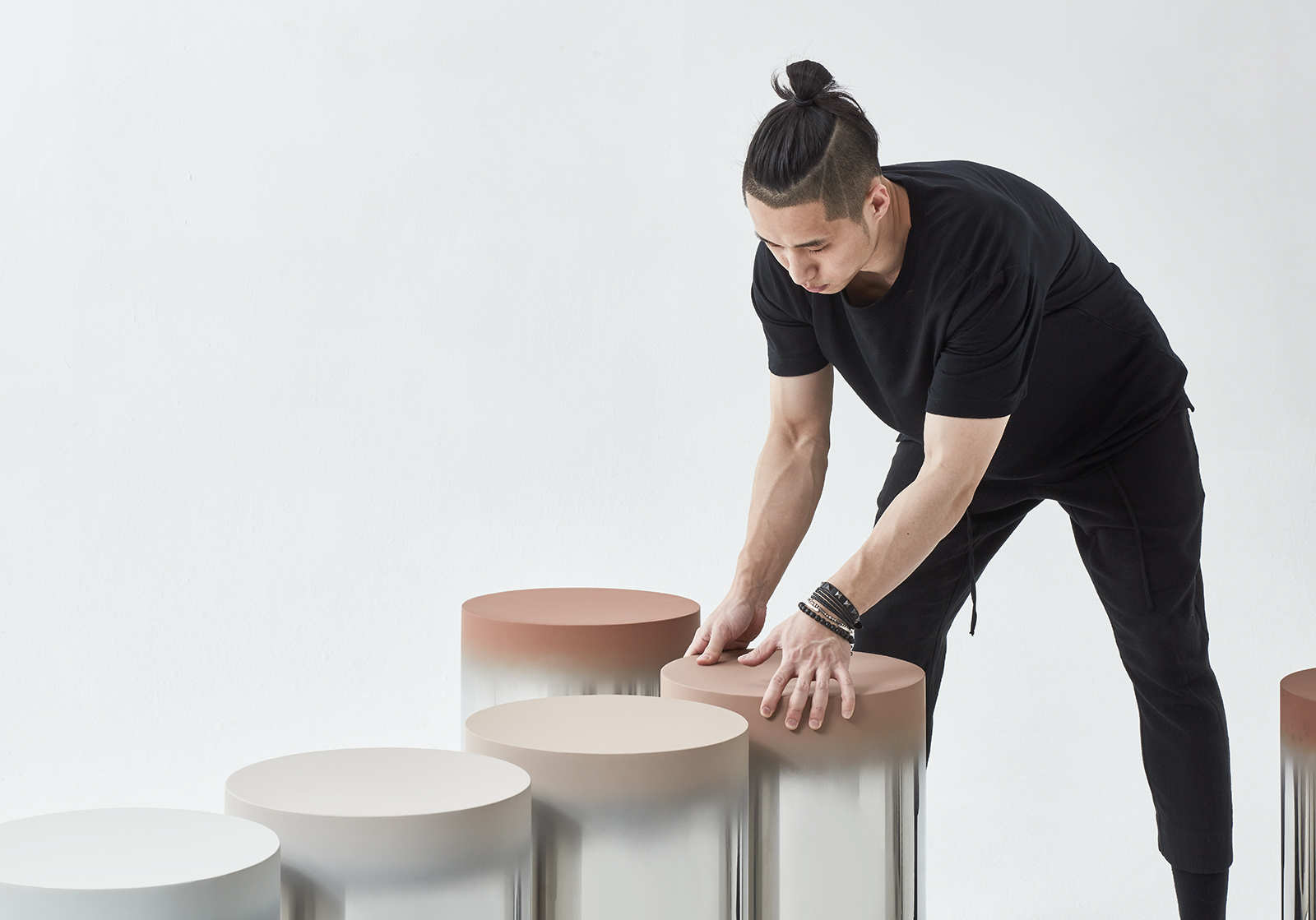 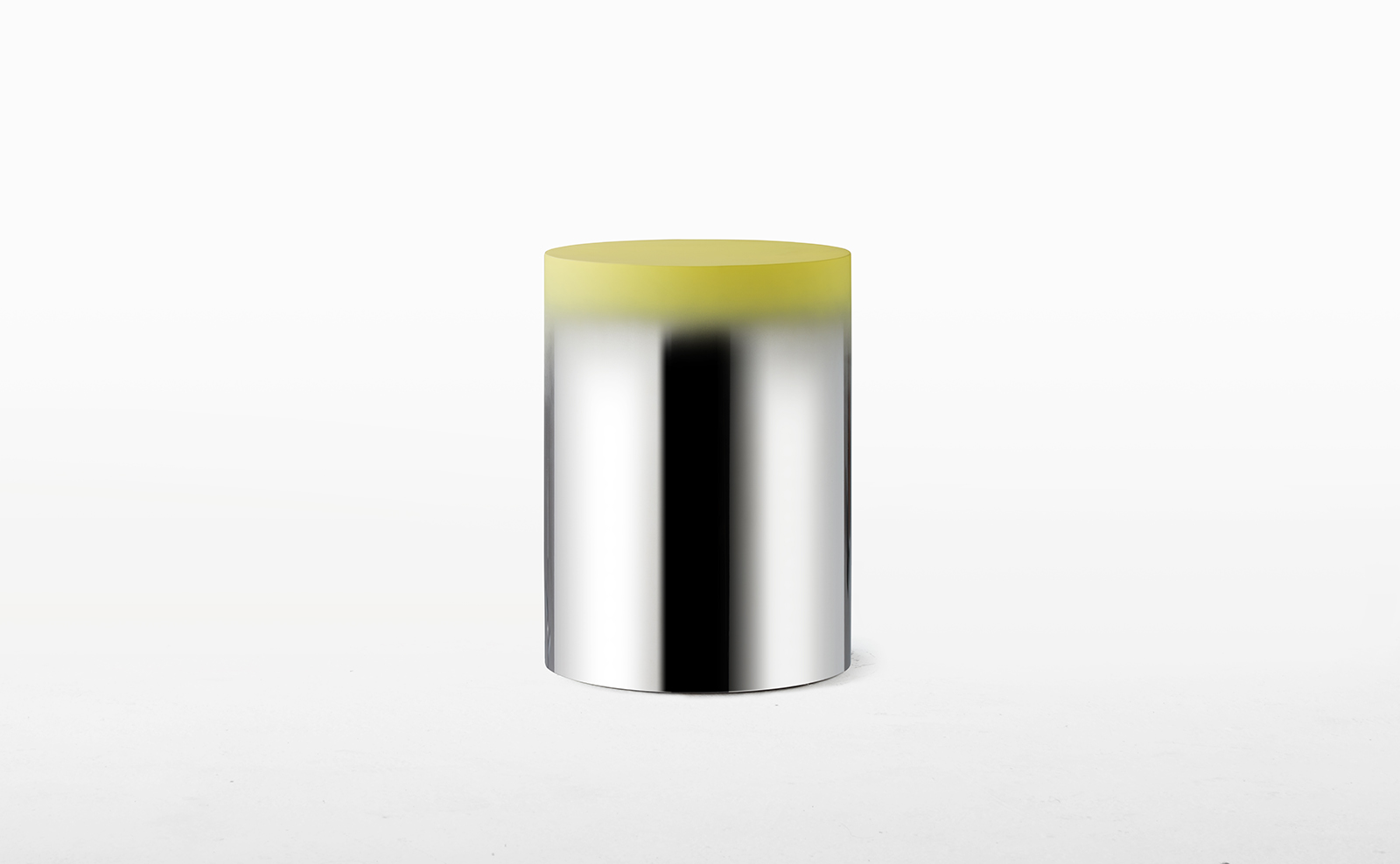 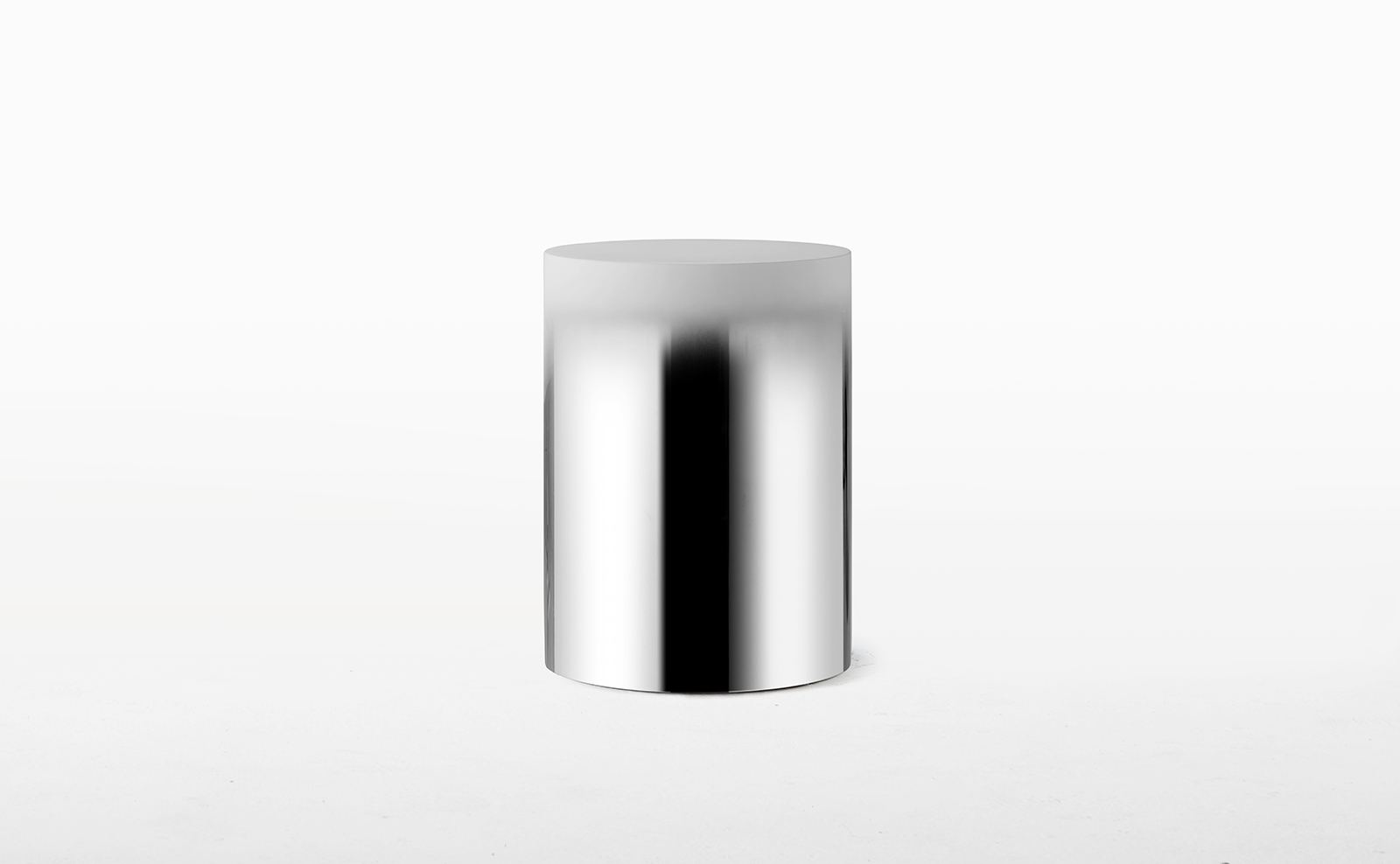 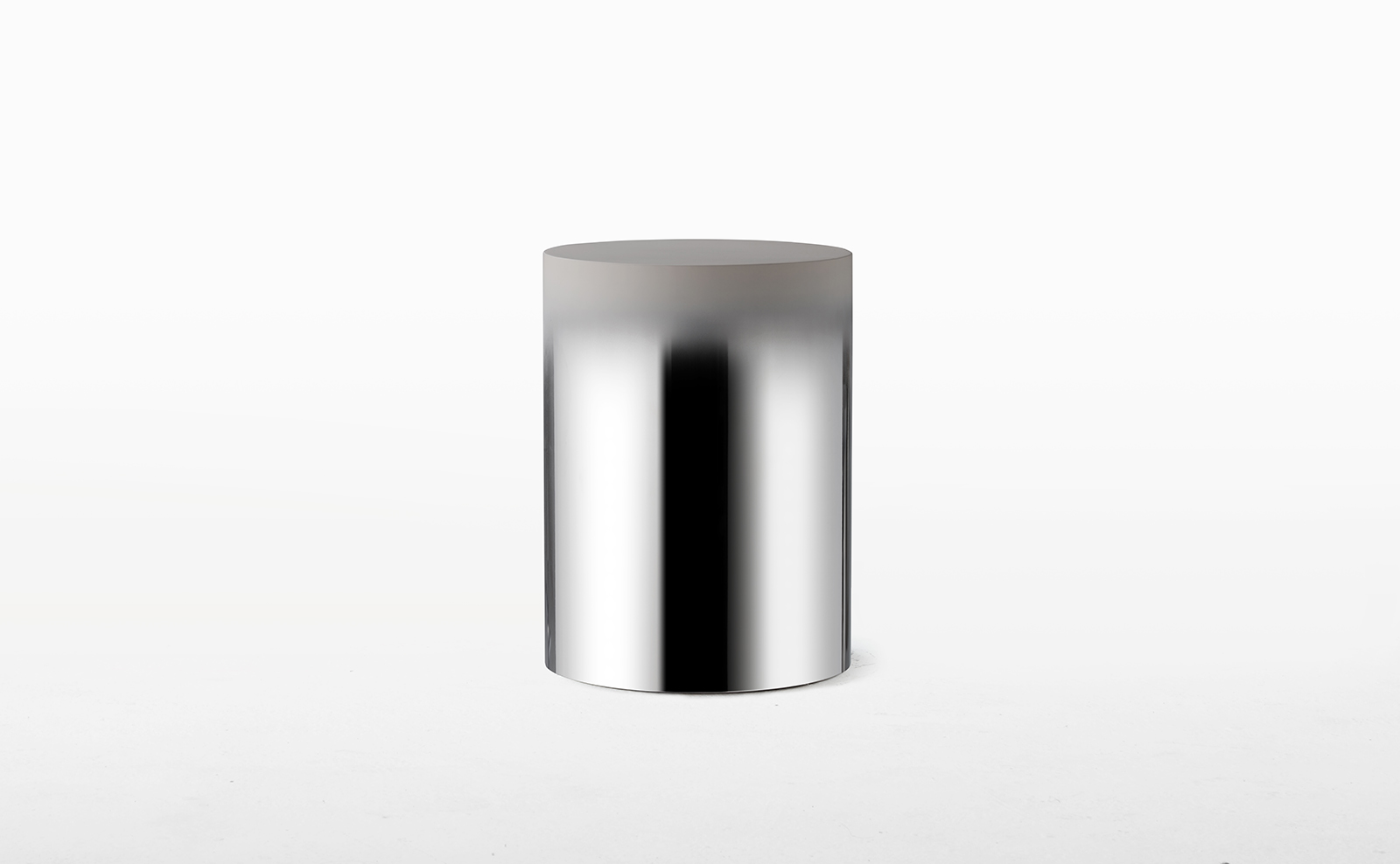 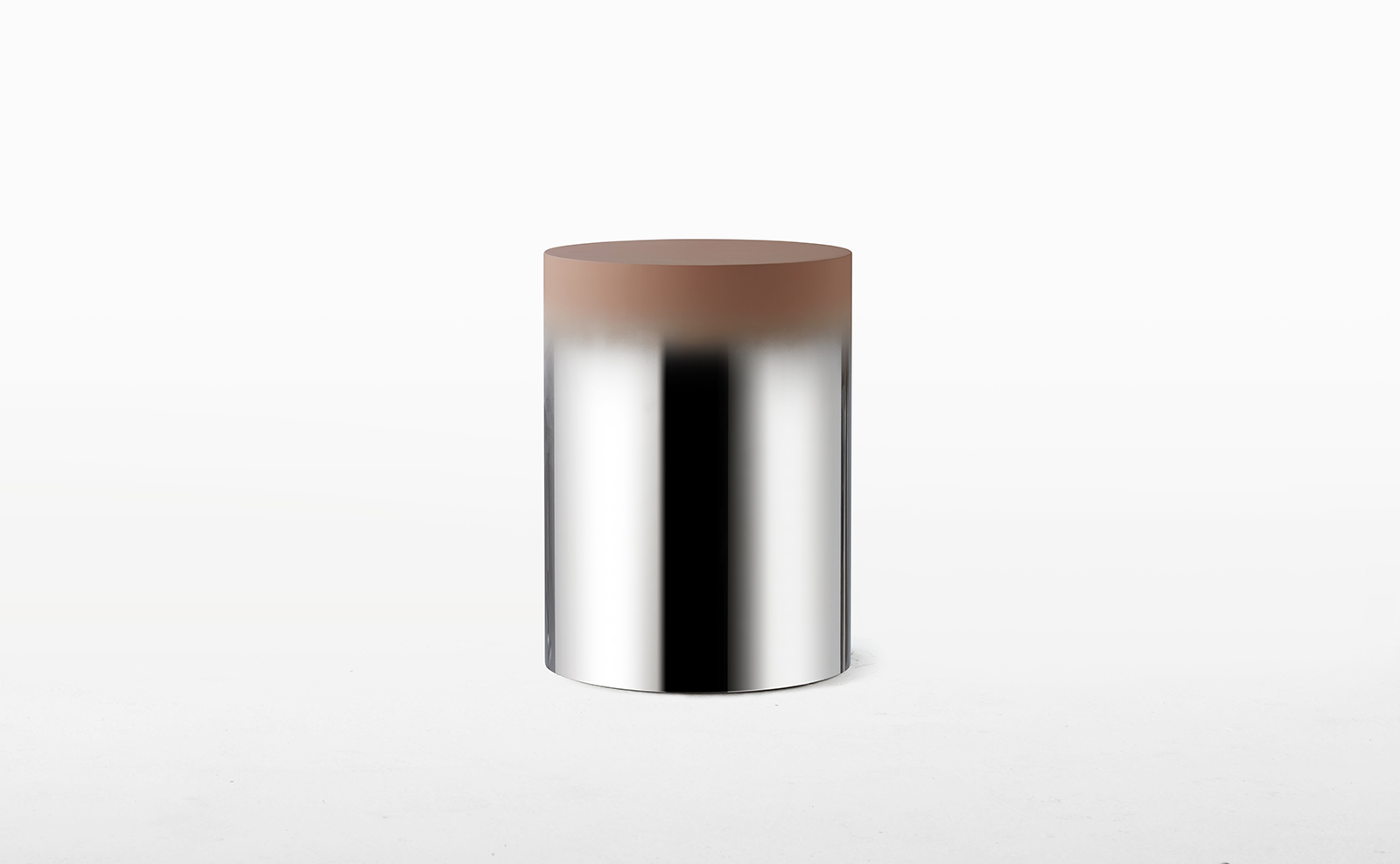 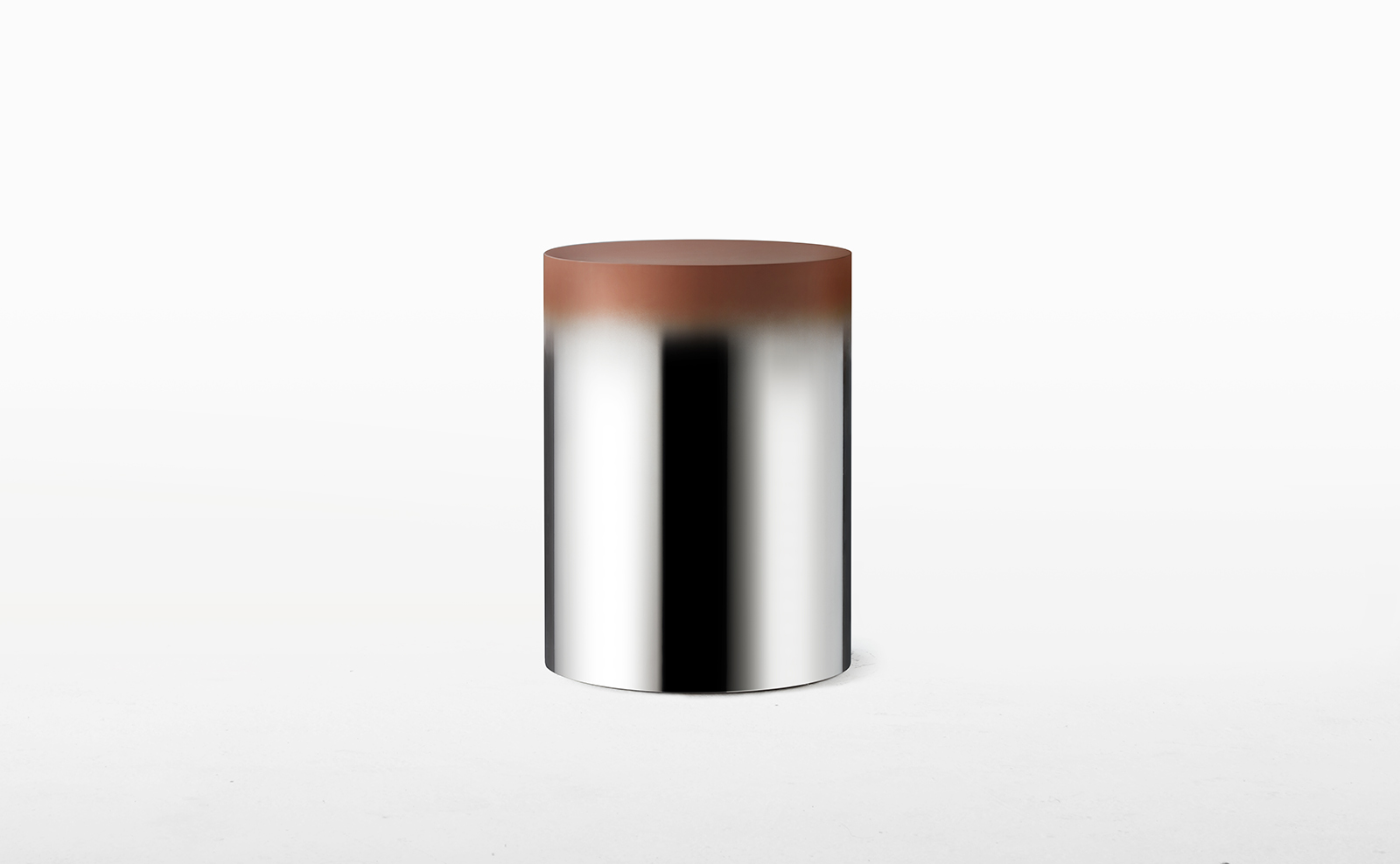 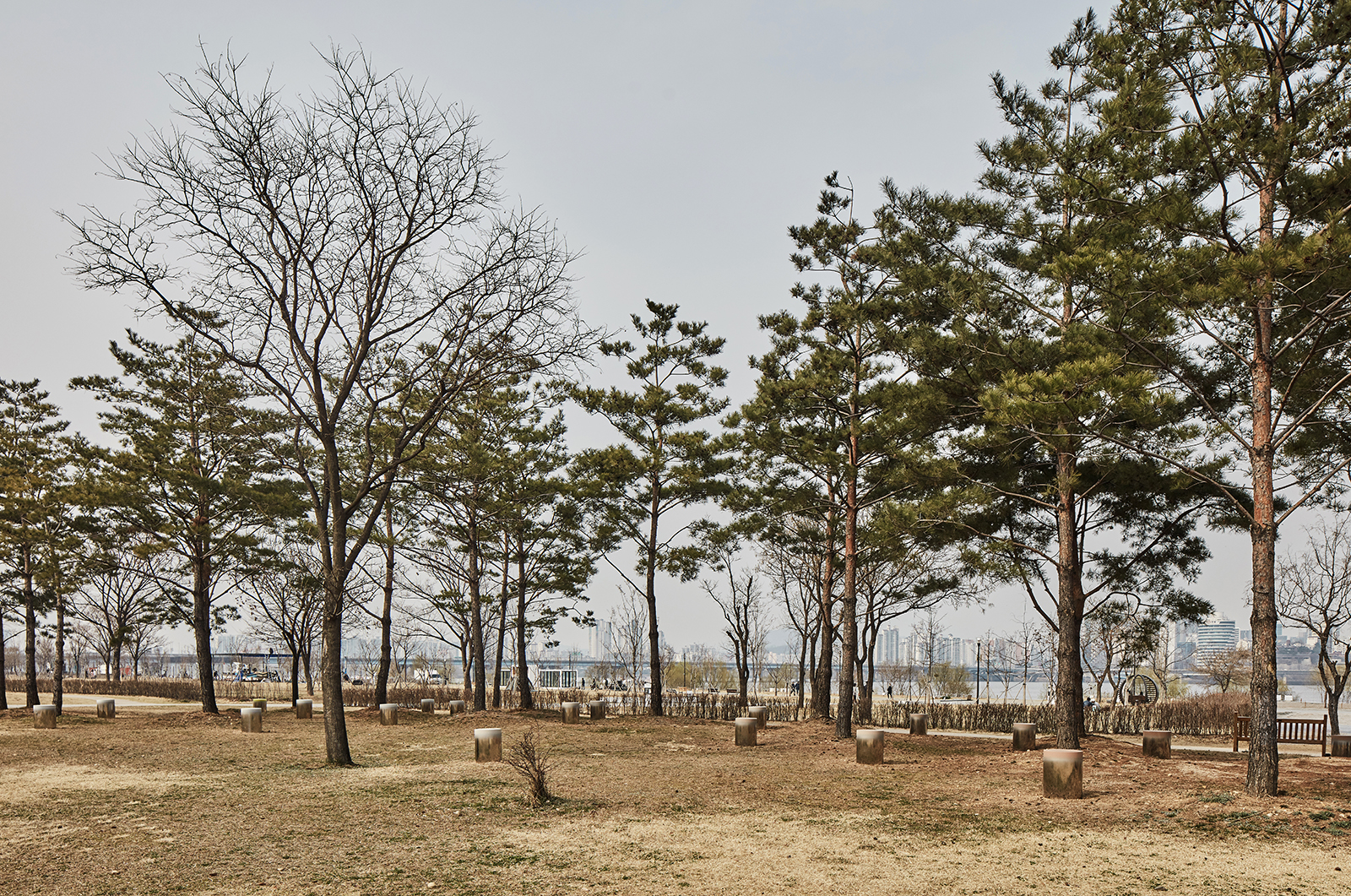 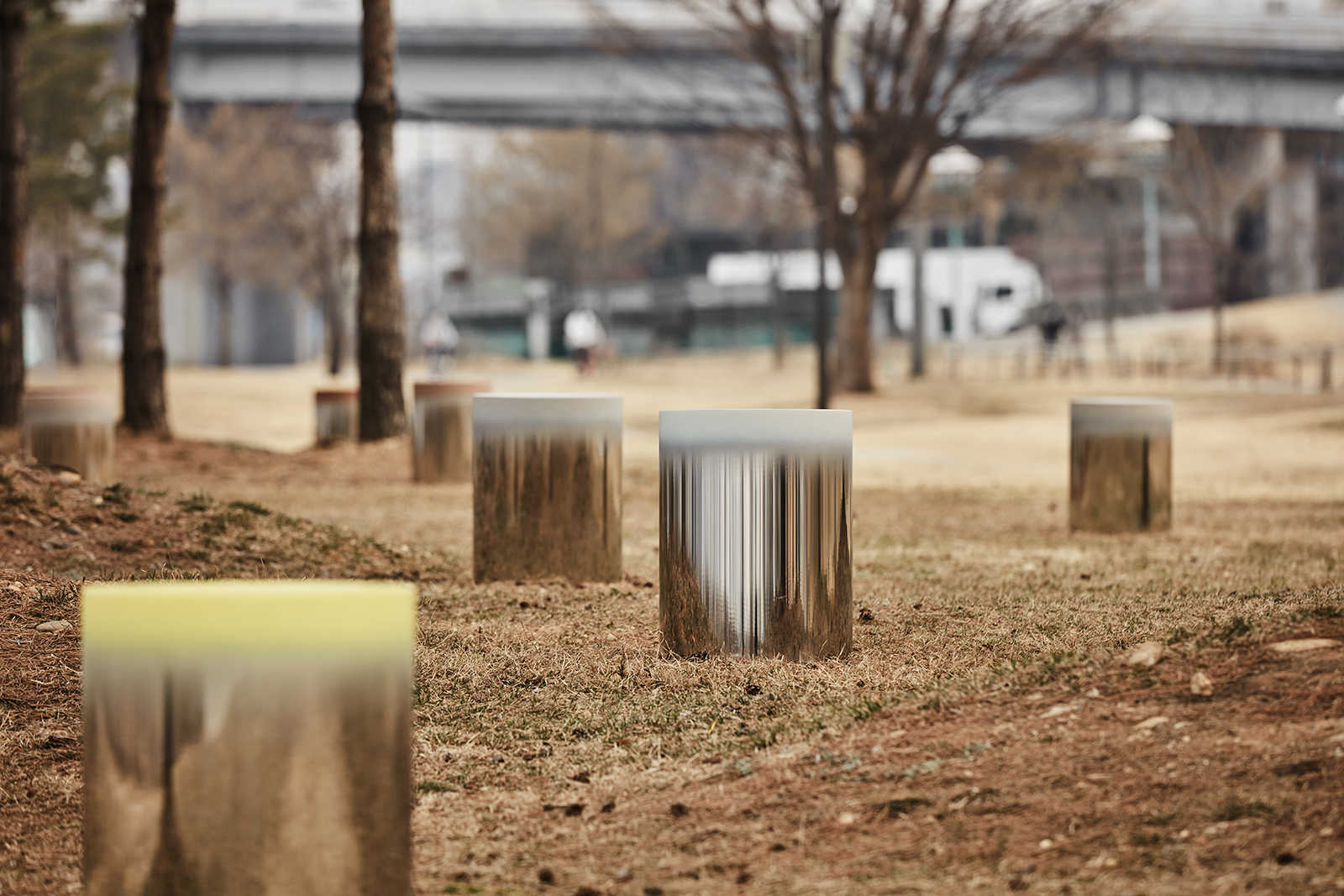 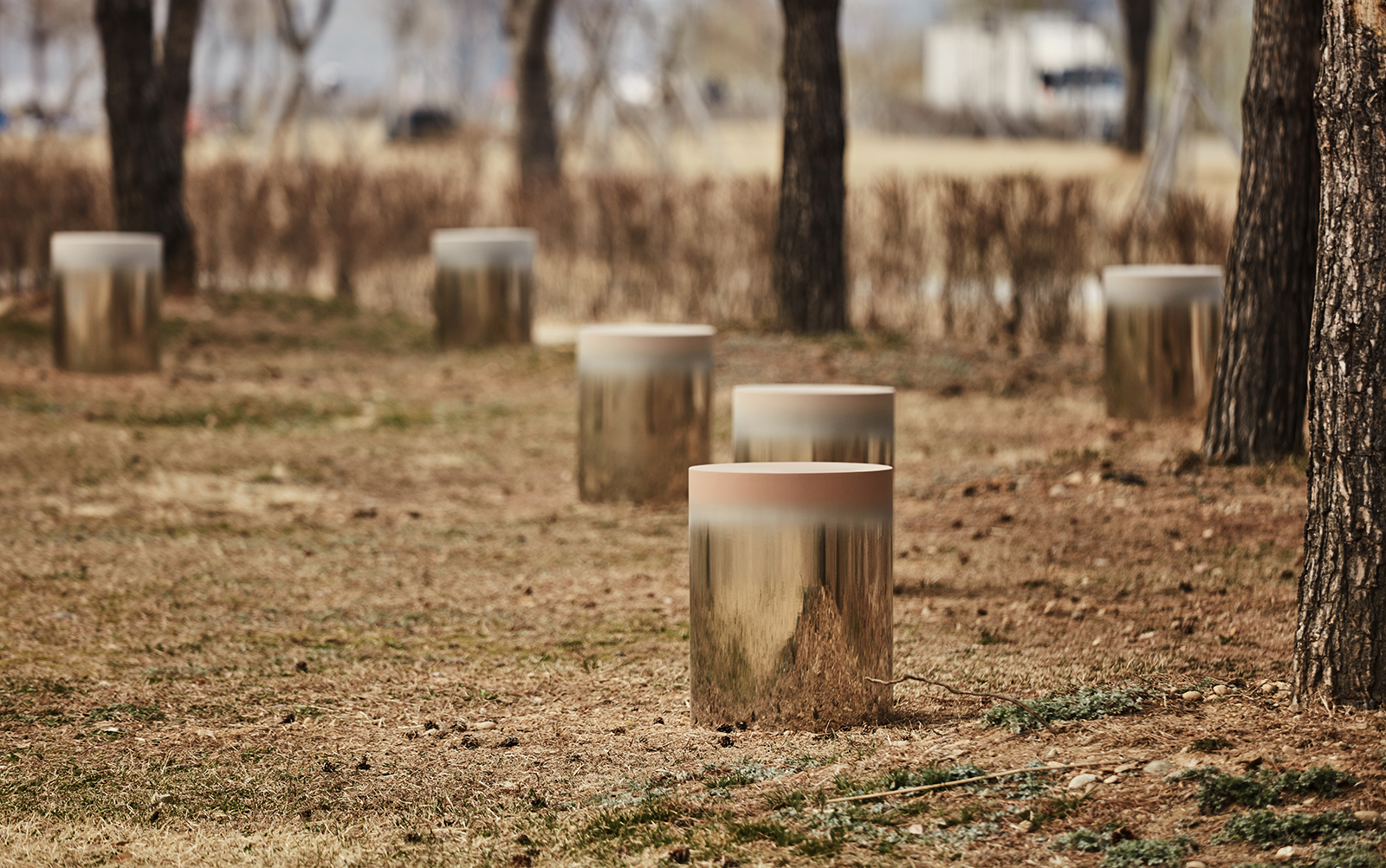 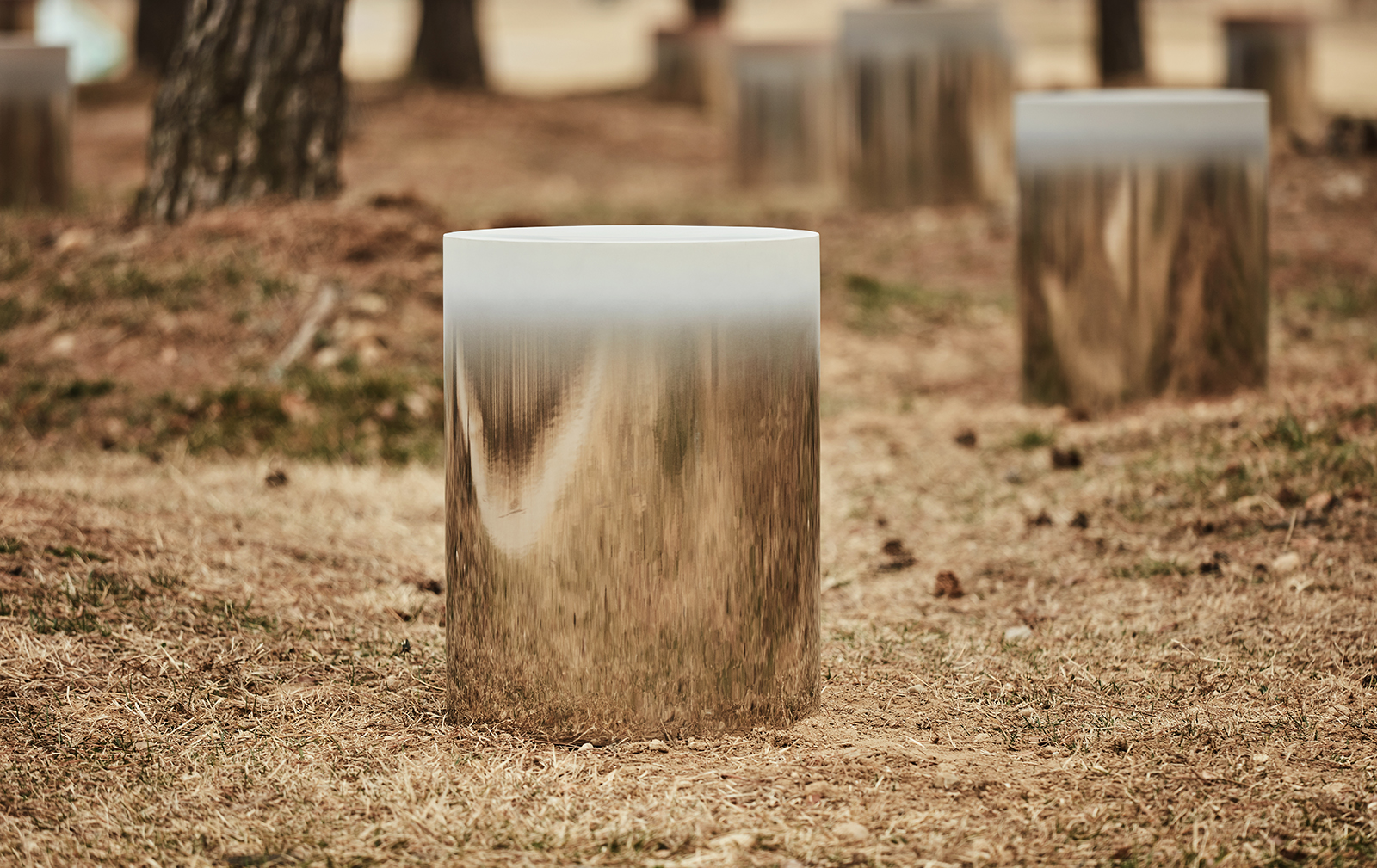 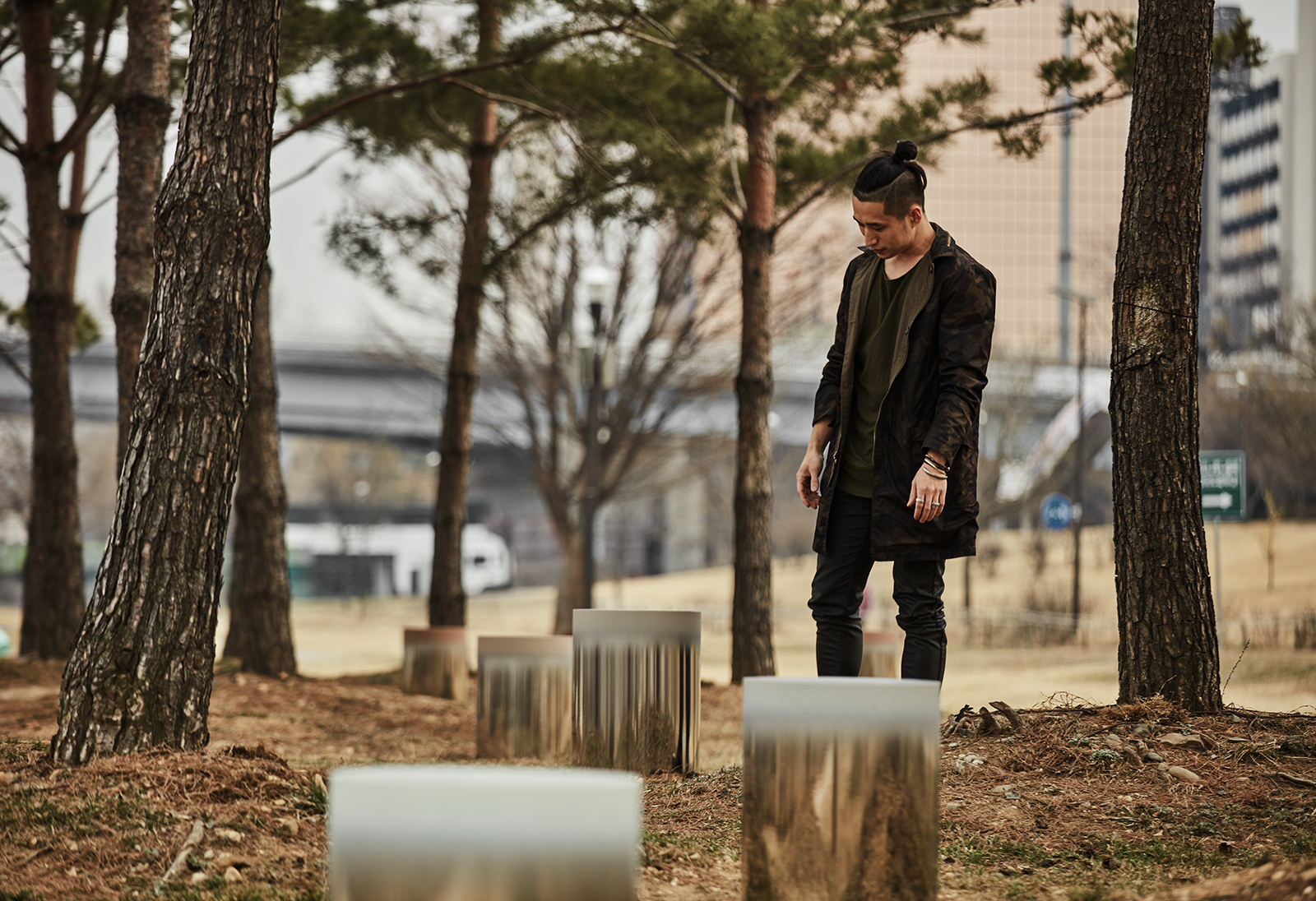 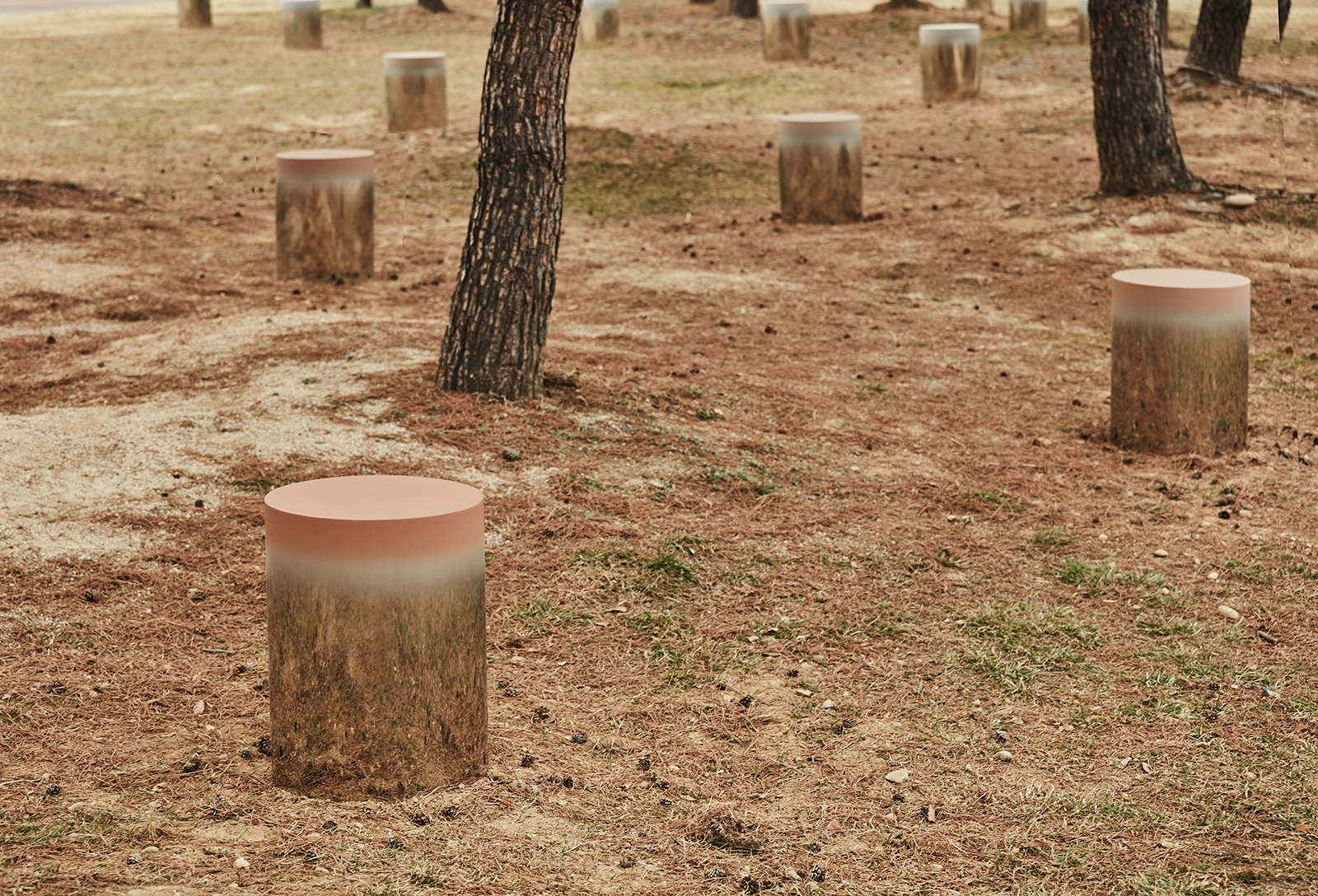 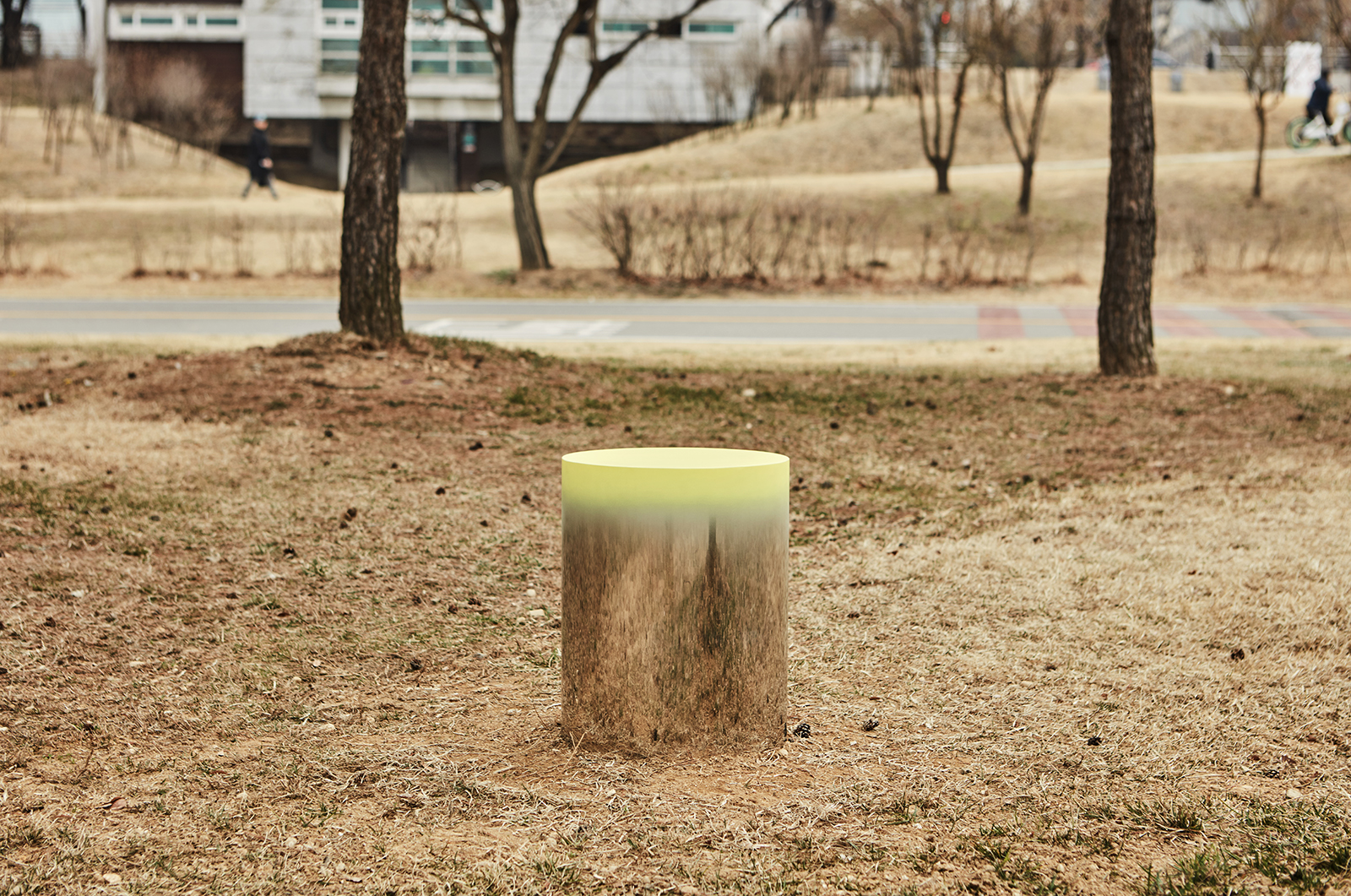 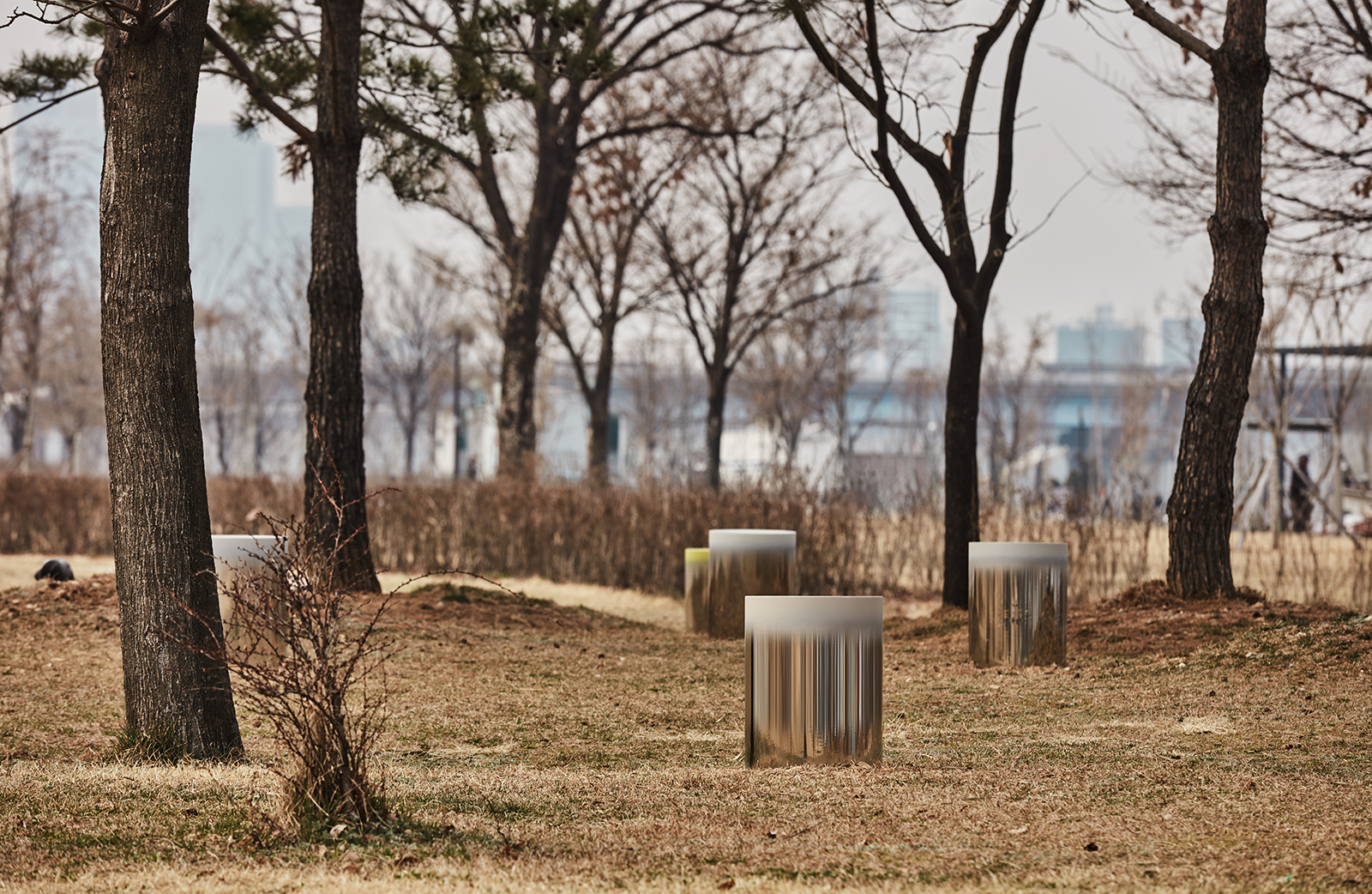 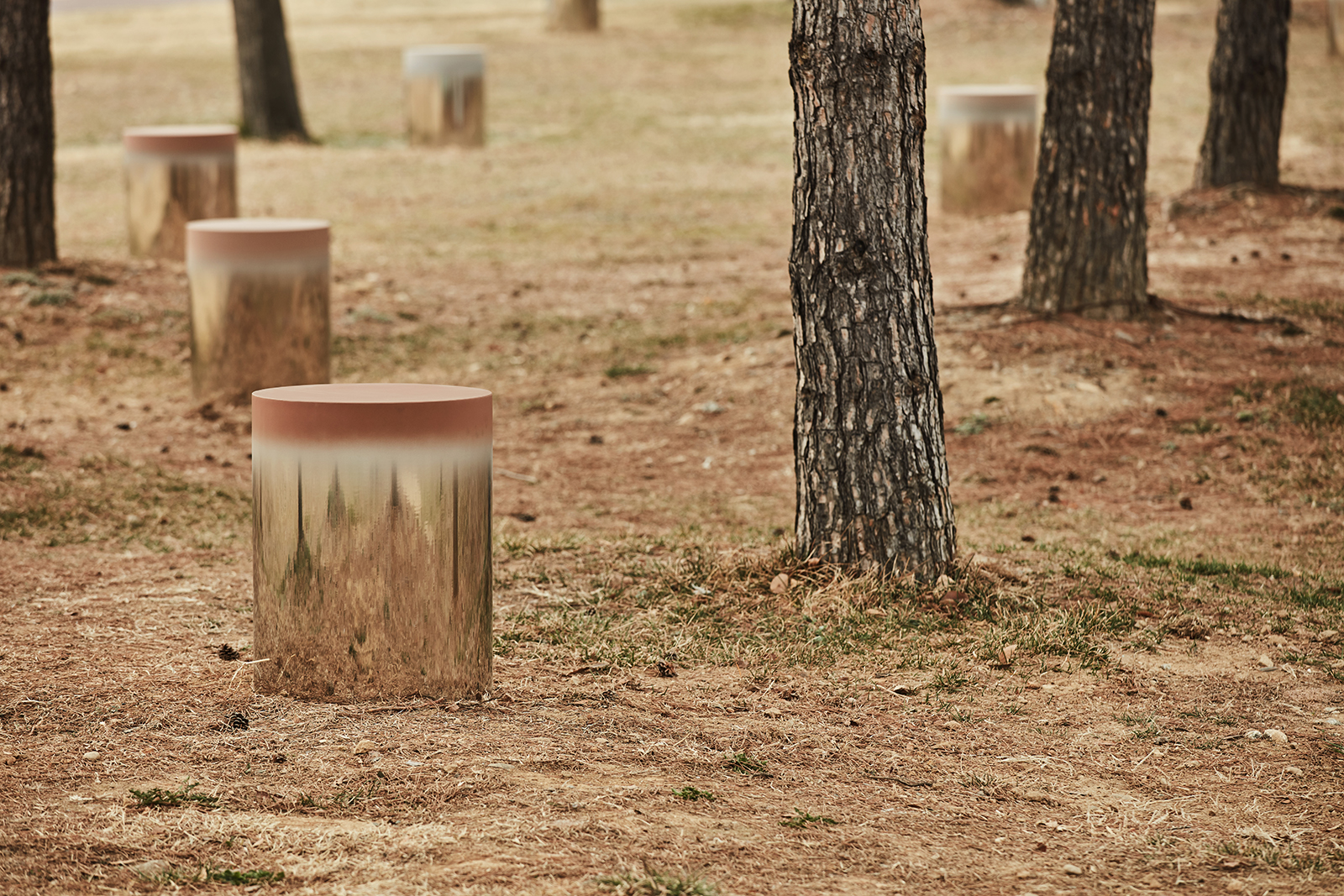 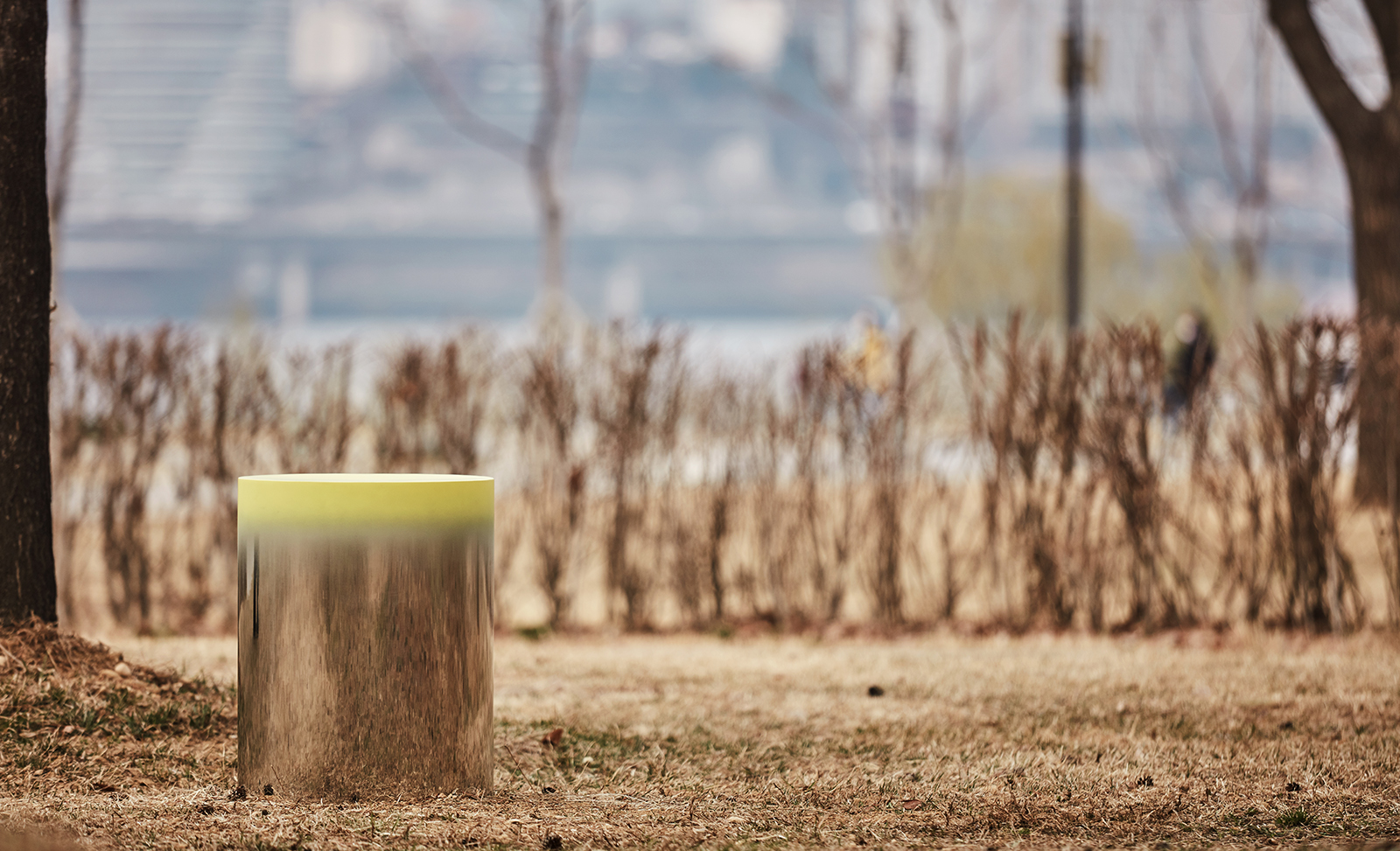 – Dokkaebi stool was installed permanently in Yeouido Hangang-park in Seoul. 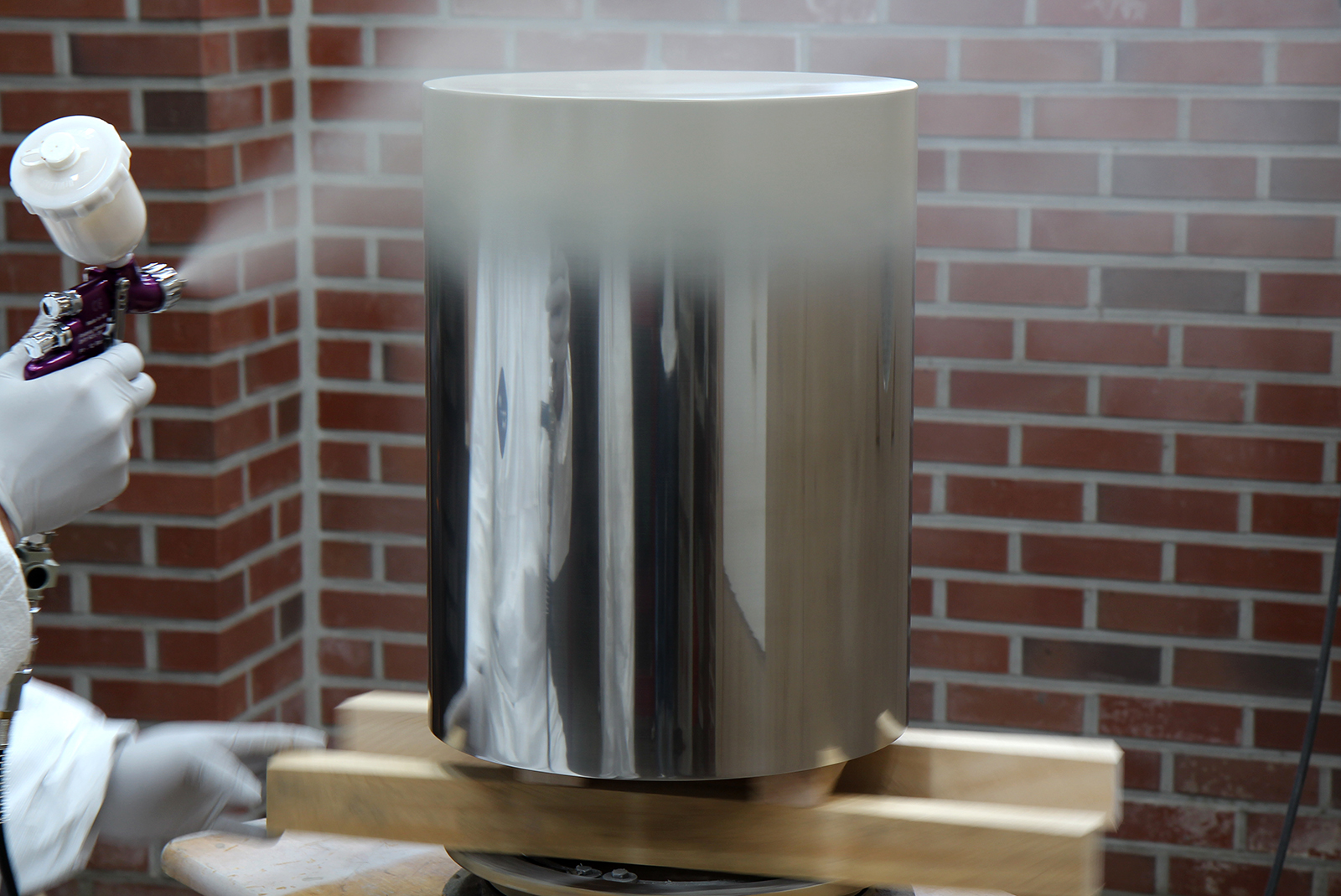 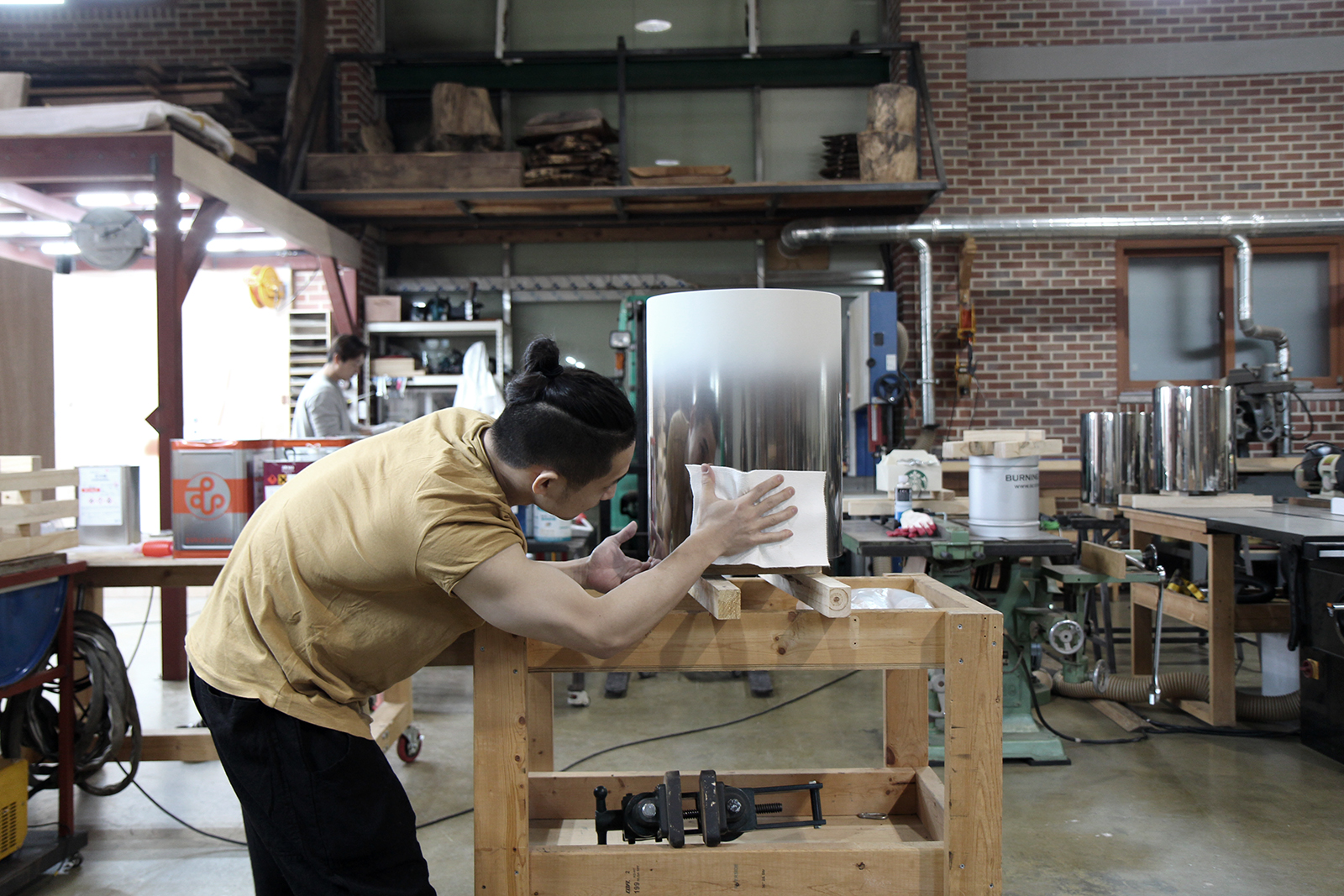 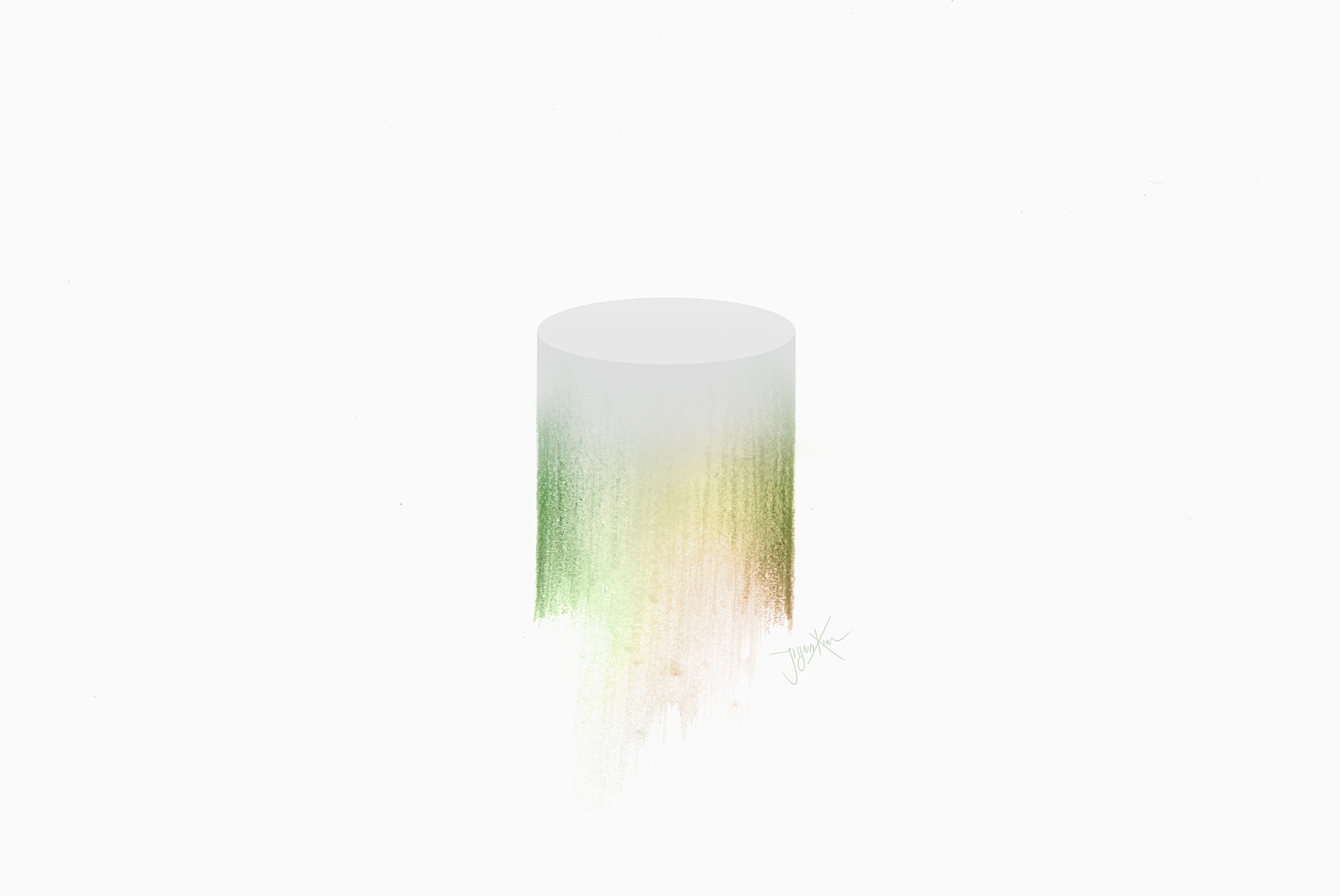 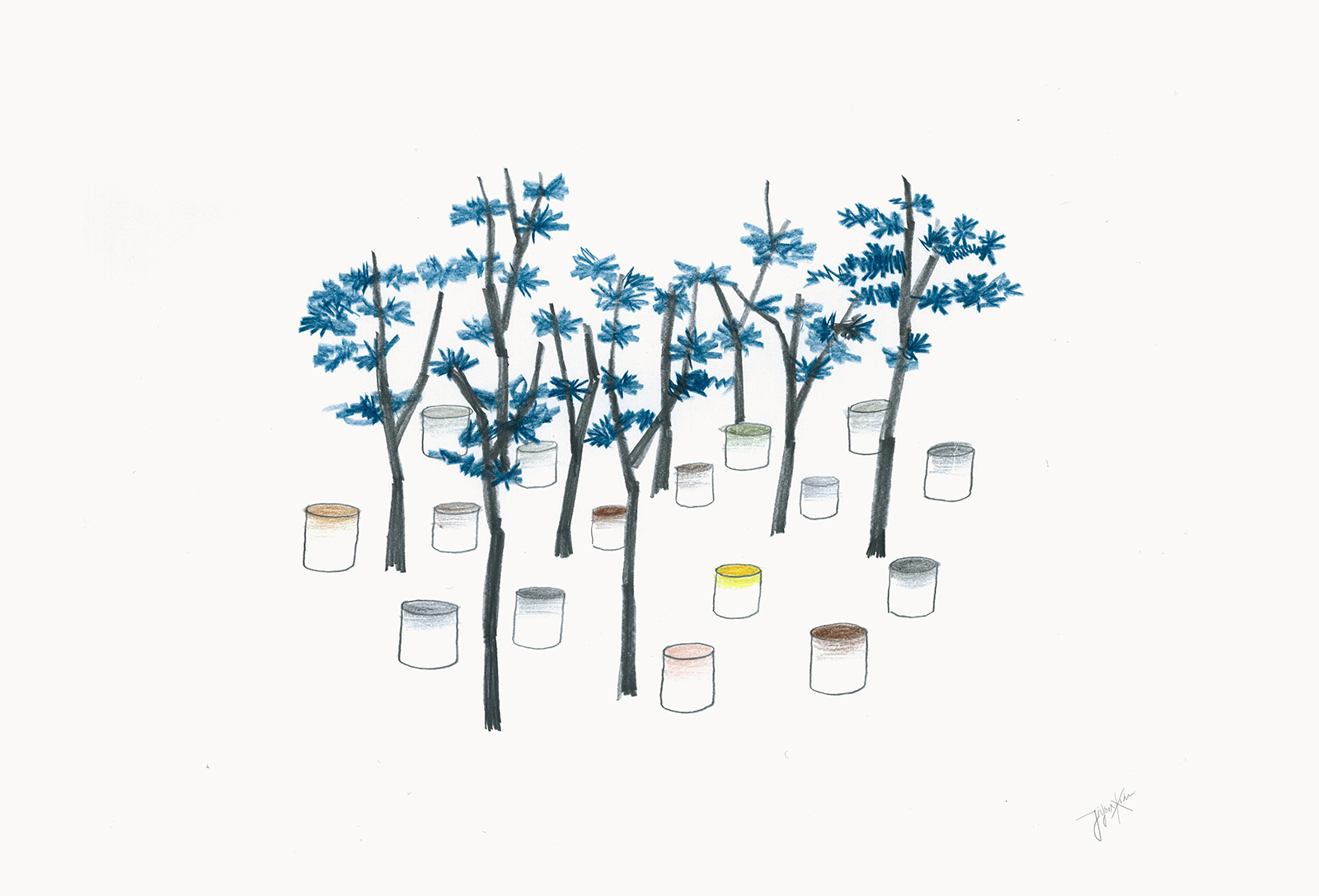